The Failure of John Dewey 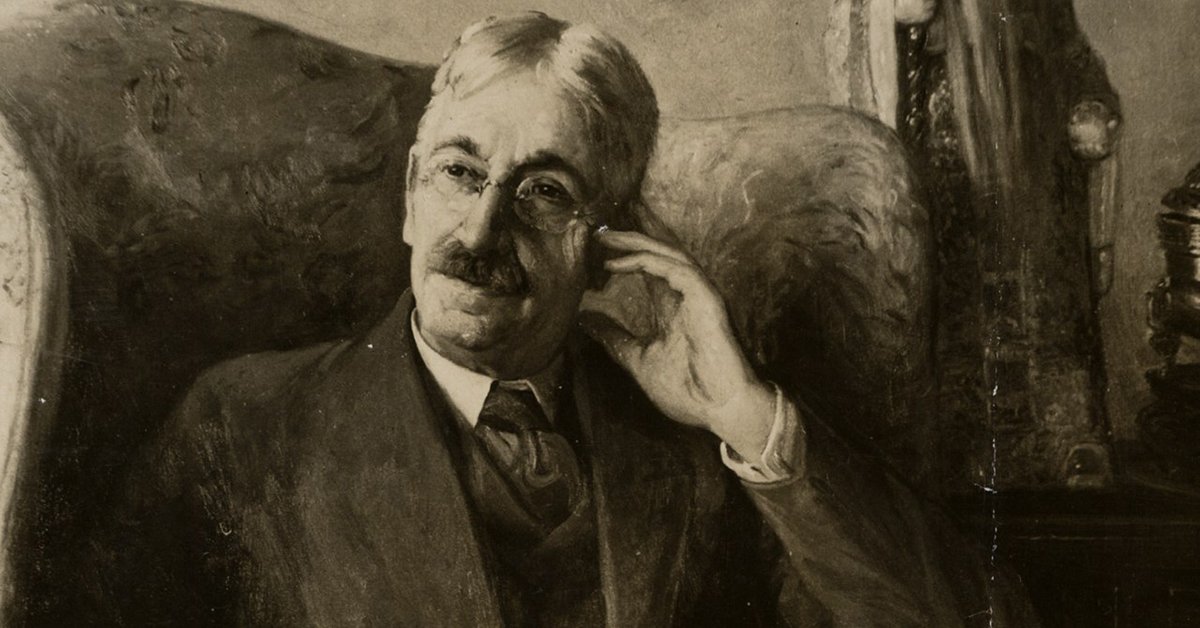 Many die and are forgotten, but others’ influences extend beyond their mortal lives. John Dewey was one of those significant men. The Stanford Encyclopedia of Philosophy said that Dewey was “arguably the most prominent American intellectual for the first half of the twentieth century.”1

In his excellent work 7 Men Who Rule the World from the Grave,2 Dave Breese highlighted seven people who impacted the Western world toward a more secular worldview. Two men were obvious: Charles Darwin and Karl Marx. Darwin led Western civilization toward a less Christian, more naturalistic understanding of origins. Marx birthed a more totalitarian regime. We are reeling from the effects of their flawed ideas to this day. Others’ influence is less obvious yet still consequential. One of those men is John Dewey, often referred to as the father of public education.

John Dewey was born on October 20, 1859, in Burlington, Vermont—the same year that Charles Darwin published The Origin of Species. Dewey was educated at the University of Vermont and later earned his doctorate in philosophy at Johns Hopkins University. He held a series of university posts until he joined the Ivy League Columbia University in 1904. At Columbia, he was professor of philosophy and taught there until 1930. He died in 1952 of pneumonia at age 92.

For nearly two hundred years, American culture has endured an onslaught of secular ideologies from multiple directions. These ideas gradually and ultimately undermined the Christian foundations of the United States.

Notably, John Dewey was a teacher at a prestigious university at a critical time in American history. During his lifetime, multiple streams of unbelief converged to bombard culture. These ideas included liberal theology that undermined the reliability of the Bible, uniformitarian geology that assumed billions of years of earth history, Darwinian evolution that taught the naturalistic origins and development of biological lifeforms, and Marxism, which attempted to upend the social order. For nearly two hundred years, American culture has endured an onslaught of secular ideologies from multiple directions. These ideas gradually and ultimately undermined the Christian foundations of the United States. And John Dewey was there cheering on this secular march through his work in public education. Breese said it like this:

[T]he complex set of new ideas, thoughts, notions, philosophies, and ways of thinking moved into what was then the world’s greatest instrument for the dissemination of ideas, the public school system of America.

How did that happen?

As always there were multiple causes. However, one particular individual, an educator, was more than anyone else responsible for the transformation of the method and the content of education in America.

His name was John Dewey.3

Dewey was responsible for transferring the radical, secular ideas of his day into the classroom through his influential academic post. What public schools became, in large part, is a result of Dewey’s foresight. Because he was so influential in shaping American public education, it is important to see what he believed and thus embedded into public schools.

For one, Dewey was suspicious about the possibility to acquire knowledge. Dewey once wrote, “Although I have raised large questions, it is not my ambition to answer them.”4 By his own admission, Dewey wasn’t interested in guiding students toward fixed truth.

The Stanford Encyclopedia of Philosophy said of Dewey, “For too long, truth connoted an ideal—an epistemic fixity (a correspondence, a coherence) which could terminate all further inquiry. As this is not the actual situation human beings (or philosophy) inhabits, the ideal should be set aside.”5 Dewey did not believe “truth” or “knowledge” was absolute. He repudiated the standard correspondence theory of truth in favor of a kind of pragmatism—a dramatically different approach to reality. He was more focused on developing a practical philosophy by which students could operate. Zachary Garris explained,

Along with William James, Dewey was one of the chief architects of the philosophical school of pragmatism (Dewey’s version is called “instrumentalism”), which held that a theory is true insofar as it is successful. In other words, pragmatism is concerned with what works. When applied to education, this means schools should focus on problem-solving and experiential learning rather than passing down knowledge from teacher to students.6

Dewey was skeptical about knowledge and more interested in applying what works in the classroom and society. In an earlier work, Dewey argued against the “quest for certainty.”7 Yet, for a person who spent much of his career influencing public education, he didn’t even believe knowledge was possible. He was a skeptic. This is the proverbial case of the blind leading the blind (Matthew 15:14).

Dewey’s lack of confidence in knowledge likely stemmed from his lack of belief in God. Dewey was one of the 34 signatories of the Humanist Manifesto I.

Dewey’s lack of confidence in knowledge likely stemmed from his lack of belief in God. Dewey was one of the 34 signatories of the Humanist Manifesto I that, among other atheistic tenets, states,

FIRST: Religious humanists regard the universe as self-existing and not created.

SECOND: Humanism believes that man is a part of nature and that he has emerged as a result of a continuous process.

THIRD: Holding an organic view of life, humanists find that the traditional dualism of mind and body must be rejected.8

This influential manifesto may sound archaic, but it was a significant statement of atheistic philosophy in the first half of the 20th century. It denied a creator, affirmed naturalistic evolution, and opposed the idea of an eternal soul. In short, it was an atheist creed. And John Dewey was one of the chief endorsers.

It wasn’t enough for Dewey to privately hold his beliefs about a self-existent universe and an uncreated humanity arising from evolutionary processes. Instead, Dewey became an evangelist for the atheist religion through his signing the Humanist Manifesto I and writing subsequent publications such as A Common Faith.9

But how did the atheist and skeptic John Dewey so influence American public schools? From his influential post at Columbia University and his prolific output compiled in 37 volumes in The Collected Works of John Dewey (1882 – 1953),10 Dewey guided public education away from the biblically based past and toward a more secular future. Mark Koscak wrote,

Dewey’s movement had a new vision for schools. He wanted to use schools as instruments for the reconstruction of society. Dewey didn’t want to educate children to think for themselves: “Children who know how to think for themselves spoil the harmony of the collective society which is coming where everyone is interdependent.” His vision veered dramatically from the traditional Christ-centered approach to education.11

Dewey’s attempts to remake American society through public education is not just something Christians opine. Dale McGowan . . . wrote, “In the course of a long career, Dewey practically reinvented the American system of education from the bottom up.”

Dewey’s attempts to remake American society through public education is not just something Christians opine. Dale McGowan, an atheist and author of Atheism for Dummies, wrote, “In the course of a long career, Dewey practically reinvented the American system of education from the bottom up.”12 In his lifetime, Dewey was largely responsible for turning public schools from largely Protestant Christian academies to secular indoctrination centers. Though he died in 1952, the effects of his advocacy for secular doctrines are with us to this day.

To be fair, there are several measures of public education that suggest John Dewey’s experiments in public education were successful, such as enrollment rates, length of education, and the average income of public high school graduates. In 1993, the US Department of Education published a 120 Years of American Education: A Statistical Portrait.13 The stats are dated now, but it’s a snapshot of how far public education progressed since before Dewey’s time. At the beginning of the 20th century, enrollment rates for children ages 5–19 rose to 51% and then to 91% in 1991—almost doubling enrollment in just under a century. Other reported statistics were similarly positive.

But the better measure of education is not found merely in enrollment and graduation rates. It doesn’t matter if 100% of children enroll and graduate if their learning is defective.

Other metrics suggest public education has been a failure. After John Dewey helped implement a more secular approach to public education, many benchmarks for public morality began to crumble. Some took longer than others, but the effects were the same. Consider the following trends in American society after secularism took hold:

Bear in mind that 87% of American families enroll their children in public schools as of 2013, according to the Council for American Private Education, and most are still unaware of how insidious these humanistic, naturalistic philosophies are.

It is true that the public school system is not completely responsible for the morals of its citizens. Sure, we cannot forget individual and parental responsibilities for our country’s current moral collapse. But when an educational system assumes the obligation to educate potentially the entirety of the citizenry by removing the basis of humanity and morality, it is not unreasonable to assert that it bears a significant portion of the moral responsibility—certainly more than any other public system. Bear in mind that 87% of American families enroll their children in public schools as of 2013, according to the Council for American Private Education,19 and most are still unaware of how insidious these humanistic, naturalistic philosophies are.

The Aftermath of Dewey’s Skeptical and Atheist Education

Russian philosopher Vladimir Solovyov once said, “Modern people believe this: man descended from apes. Therefore, let us love one another.”20 As Solovyov sharply implies, evolutionary philosophy does not logically generate any sort of Christian love. And what kind of “morals” might develop when citizens are educated in a system that teaches God—and ultimately our existence—is irrelevant? It results only in the chaotic moral landscape we see in our country today.

John Dewey and the secular icons of yesteryear may be dead now, but our culture continues to suffer from the effects of their work. By Dewey’s own standard of judging education by whether it works, he is a failure. His philosophy may have helped generate more graduates in public education, but it also spawned a populace bereft of a moral compass and the ability to think independent of the culture.