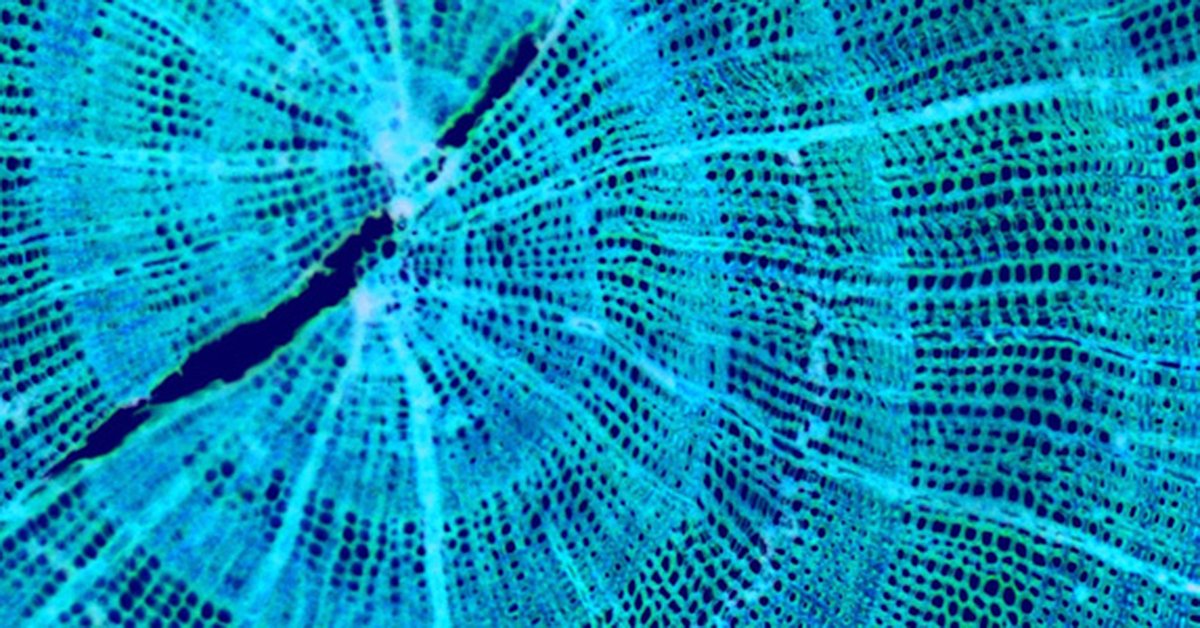 Dendrochronology, using tree ring data to determine age (as well as infer temperature and climatic data over the tree’s lifespan), is one of the dating methods used to discredit young-earth chronology of approximately 6,000 years and a global flood that occurred roughly 4,350 years ago. A few living Bristlecone Pine trees in California have over 4,800 rings. But how reliable is the tree ring data, and can it be conclusively proven that some trees (like Bristlecone Pines) only produce a single growth ring per year? Additionally, other methods are used to augment tree ring data in some living trees. Some clonal trees are estimated to be as old as 16,000 years. Old Tjikko, a Norway spruce tree in Sweden, is living on top of roots that have allegedly been radiocarbon-dated to 9,550 years old. Obviously, these dates conflict with a young earth and global flood.

This paper will focus primarily on living trees with age estimates done by tree ring counting, looking at multiple-rings-per-year production, and rings produced during times of stress (drought and other climatological factors). But we will also briefly discuss clonal- and radiocarbon-dating assumptions and the problems associated with them.

It should first be noted that not all trees produce growth rings. While some tropical trees do produce distinct tree rings, most tropical tree species’ growth rings can be described as “indistinct” or “absent.”1 Also, very few living or extinct Cycads have growth rings, the exceptions being Dioon spinulosum (commonly called the giant dioon or gum palm), Dioon edule (the chestnut dioon), and a few of the now-extinct Cycadeoidea genus. And even in the above living examples, it is doubted that they are annual growth rings.2

It’s problematic to date fossil trees because the assumption that adjacent fossil trees grew in place and were successively buried in place ignores the strong possibility of a fossil forest biomass being carried by water and buried somewhere other than their place of origin.

The simplest method of tree-ring dating is hand-counting the number of rings. It is generally assumed that most trees have a single growth ring per year. Thus if 200 rings are counted, the tree is dated at 200 years old. Most trees are cored to get a sample, but felled trees may just have a cross-section taken as the dataset. For trees with hundreds or thousands of rings, often a computer program is used to calculate the number of rings.

The next most-used methodology is cross-dating. The principle of cross-dating is straightforward: trees of the same species growing at the same time and in the same geographical region are assumed to have similar tree-ring patterns. However, this is potentially a valid methodology only for living trees and is still subject to variables such as the health of some trees in a location compared to other trees in the same area suffering stress (from insect pests, for example). It’s problematic to date fossil trees because the assumption that adjacent fossil trees grew in place and were successively buried in place ignores the strong possibility of a fossil forest biomass being carried by water and buried somewhere other than their place of origin, which creationists have pointed out for several locations. In conventional geological thought, cross-dating “allows researchers to place sequences in time by matching the patterns securely, mainly with a visual inspection, using statistical tests to suggest possible relationships.”3 However, the placement of these sequences in time is guided by the underlying assumption of a single growth ring per year and a continuous growth over now-buried trees.

Another methodology used in dendrochronology is radiocarbon dating. When used in association with tree rings, it is referred to as wiggle-match dating. It can also be directly performed on roots or fossil wood. The straight radiocarbon dating of fossil trees is fraught with several assumptions that we have discussed previously. Wiggle-match dating is a different methodology that does not rely directly on radiocarbon dating.4 Interestingly, wiggle-matching can easily be thrown off by exposure to industrial CO2, something acknowledged in the literature.5 Given that most if not all the earth has been exposed to industrial-generated carbon, then wiggle-matching is woefully unreliable in the present. Further, volcanism produces significant CO2. Given the eons of earth history that evolutionists claim, there is no way to know if wiggle matching is being affected by volcanism from the past.

There is also a common assumption that trees grow at the same rate throughout their lives if the climate is the same. This assumption is now contested. Several studies in pine trees have found that climate has a stronger influence on the formation of tree rings in younger trees than in older trees.6 Further, larger tees were more likely to produce an extra ring in response to varying environmental conditions.7 The assumption of constant growth rate cannot be upheld.

Since the assumption of constant growth is not met, dendrochronology has a problem. Tree rings become a record, not of age but of climate conditions when they were formed and when successive rings formed. That means that simply counting rings is not a viable method of determining age.

If these tree-ring counts are accurate and represent a single ring per annum, then there is an issue that impacts biblical chronology, namely that these trees predate the Noachian flood.

Lords of the Rings

The current record holder for oldest non-clonal tree is an unnamed bristlecone pine located in the White Mountains of eastern California.8 It is currently dated at 5,068 years old.9 The second oldest, dubbed “Methuselah,” is dated to 4,851 (or 4,852) years, both based on tree-ring core-sample counts. If these tree-ring counts are accurate and represent a single ring per annum, then there is an issue that impacts biblical chronology, namely that these trees predate the Noachian flood. For those who hold to a biblical authority position, accepting that the flood was indeed global, this at first blush appears to be a serious problem. But studies over the past fifteen years have shown that tree-ring growth in bristlecone pines is not limited to a single growth ring per year.10

Interestingly, due to their great age, ring width in bristlecone pines is often used to infer climatic conditions (drought, temperature, pollution, etc.) over an extended period of several millennia. But in recent years, the width of growth rings appears to be getting larger, when the normal pattern is for older trees to make smaller growth rings.11 One paper made the case for the wider growth rings to be associated with temperature increase.12

Bristlecone pines are not the only tree that can form multiple rings in one year. Trees of genus Cedrela form one ring a year in several South American countries, but in Suriname, they produce two rings a year.13 The researchers suggested that precipitation patterns could prompt the formation of multiple rings. This suggestion is consistent with other research that found that precipitation strongly impacts tree rings.14

There are also significant anomalies involved in tree-ring dating. From “false rings” to missing rings, trees produce all manner of variations that can complicate simply counting rings. When looking at “false rings,” one study openly admitted the only way to determine that rings were not true annual rings was by cross-dating.15 The problem, as mentioned above, is that cross-dating assumes one ring a year. As shown above, in some conditions, and in at least some genera, more than one ring a year form. That means cross-dating cannot be used to determine “false rings.” Therefore, “false rings” might simply be a second ring formed the same year, thereby eliminating the possibility of counting rings to determine age.

While annual tree-ring dates are presented to the public as ironclad and absolute, the truth is more complicated and far different.

One Ring, the Rule for All?

While annual tree-ring dates are presented to the public as ironclad and absolute, the truth is more complicated and far different. As this paper has shown, the notion of a single “annual growth ring” for most if not all trees is overly simplistic. Climatic factors, including precipitation, temperature, air quality, altitude, and environmental stress (and there are several more variables we have not discussed) all affect the quantity, growth, width, and clarity of growth rings. Biological factors such as insects and bacterial and fungal infestations also can severely stress a tree or group of trees and affect growth ring size and production. Researchers know this and frequently discuss it in the literature, and numerous methods have been developed to try to account for the factors just mentioned. Despite all this, the underlying assumption is that trees will usually produce just one ring a year. The fact that there are methods of accounting for irregularities make it clear that this is a fundamental assumption. And even if that assumption were true in the present, given the influence of environmental conditions on tree-ring formation, it is likely not to have been true in the past. We know that the earth has had a catastrophic past, from a global flood to an ice age and a lengthy recovery from the flood. Even in the evolutionary paradigm, there have been asteroid strikes, wild swings in climate, and multiple ice ages—not to mention numerous droughts, local floods, and wildfires in the past few hundred years to present. All of these things have caused or continue to cause disruptions that stress trees, affecting their production of tree rings. As such, we assert that tree-ring dating cannot be trusted as a method of dating fossils at all and can be used for living trees only as a close approximation while acknowledging a margin of error which grows larger with increased age.