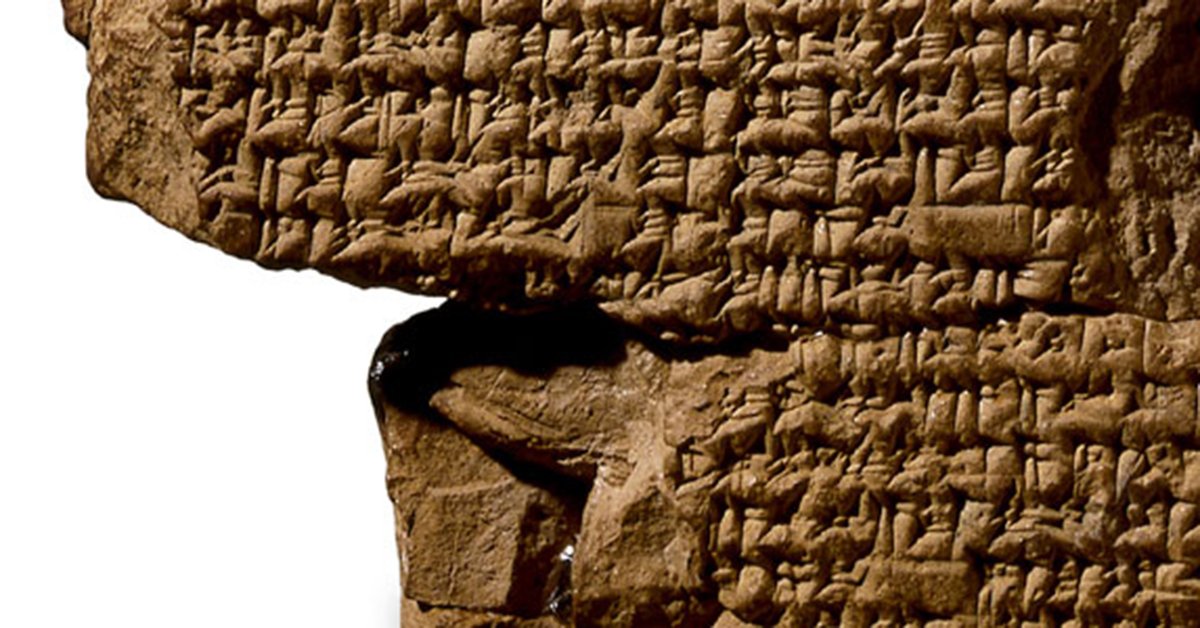 Many Christian scholars have suggested that Genesis 1–3 was never meant to
convey historical truth. Instead, they say it is like one of Christ’s New Testament
parables. God merely shared a made-up story to convey spiritual truths. Does
the Bible give us any clear guidance to know for certain whether Genesis 1–3
is a parable?

After all, as Christians, we believe that there is only one particular way
to understand the Bible. The Bible is God’s Word, His perfect and personal communication
to His people for all time (2 Timothy 3:16). Accordingly, we cannot carelessly
read the Scripture any way we want. To rightly understand His Word pleases Him
(2 Timothy 2:15), but to twist the Scriptures offends Him and can lead to destruction
(2 Peter 3:16). God has placed a premium on grasping what He really said.

This raises the question: How can we be sure what Scripture asserts about a
certain subject, or what we call a “truth claim”? We need a way to correctly
identify what the Bible actually claims. For example, does Jesus’s parable of
the prodigal son mean that an actual boy acted this way in time and space? It
does not appear so. Instead, Luke 15:1–3 claims that Jesus, in time and space,
spoke the parable; and the truth of the parable is that God loves sinners. We
must be accurate with truth claims. After all, we do not want to put words in
God’s mouth or take away from what He meant (see Deuteronomy 4:2).

How do truth claims impact Genesis 1–3? Some have argued that these chapters
do not assert historical facts but rather resemble the parable of the prodigal
son. They only represent certain theological truths without portraying a real
event. If this is the case, then those who believe that Genesis portrays history
are mistaken, and we need to change our position. We certainly do not want to
say more than what our Lord intended to say.

How do we evaluate the truth claims found in Genesis 1–3? This concerns the
issue of how truth is communicated to an audience. I propose a threefold approach
similar to C. S. Lewis’s famous “liar, lunatic, or Lord” trilemma. Genesis is
only one of three mutually exclusive possibilities: mythical, miscommunication,
or myth busting.

One option is that Genesis is similar to Ancient Near Eastern myth, and so
it merely presents theology and does not claim to be historical. Or it
is clever miscommunication, which actually speaks of old ages and the evolutionary
process in veiled ways (such as the day-age or gap theory). Or it serves the
role of myth busting, counteracting the false thinking in the ancient (and modern)
world by presenting both historical and theological truth.

It is important to note that both the myth busting and miscommunication views
hold that Genesis 1–3 is historical. The mythical view does not.

Now let’s test the different views in light of clear revelation from Scripture.
Could Genesis 1–3 be miscommunication? Two arguments undermine this suggestion.
First, the grammar of the clauses in Genesis 1:1–2 simply
cannot be used to sustain the gap theory.1 Second, the Hebrew
words in Genesis 1:5 read one day and not first
day.2 This argues that Moses believed one day is
marked by a cycle of morning and evening, which directly contradicts the day-age
view.

These two arguments show that these claims are actually quite clear and not
intended to miscommunicate. The extensive use of a special Hebrew verb form
found frequently in historical narrative, known as the wayyiqtol, testifies
that Genesis 1–3 communicates a direct portrayal of literal events rather than
something cryptic and figurative.3

In fact, the language is so clear that most scholars have abandoned any notion
of miscommunication and moved on to other approaches to deal with Genesis 1–3.
They now ask whether Genesis has at least some mythical elements if it’s not
entirely mythical. Unwilling to accept the literal claims of Genesis, most published
scholarship now supports the view of myth or a non-historical reading of the
Genesis narrative (or at least parts of it).

Does this idea of myth have merit? Some have pointed out similarities between
Genesis 1–3 and Ancient Near Eastern myths, such as the mention of a serpent
and plants that confer immortality (see table).4

Based upon these overlaps, scholars suggest that God accommodated the Genesis
account to His ancient Hebrew audience, which was supposedly steeped in pagan
myths. He spoke to them in ways they could understand and so used myth as a
platform to express His greatness. This would mean that the content of Genesis
1–3 refers, at least in part, to the mythical world that God used to prove His
supremacy over all the earth.

While some may find these arguments compelling, there are some compelling reasons
to reject them. For one, while God may accommodate His message by using His
hearers’ language and terminology, would He actually accommodate His message
to their false ideas and use them to express His greatness? Considering that
God condemns idolatry and false religion frequently in the Old Testament (see
Exodus 20:1–5 and Deuteronomy 4:16–24), it seems rather inconsistent for the
Lord to reject the lies of paganism yet embrace them at the same time.

Furthermore, Genesis and Ancient Near Eastern myths have vast differences.
The fact that Genesis does not use mythical poetic language, in particular,
is quite significant. Myths were written in a poetic style that typically utilizes
parallel lines repeatedly throughout the entire story line. Although Genesis
1 has some repeated refrains, it is nothing like the type of synonymous parallelism
found in Ancient Near Eastern myths or even in Psalm 104, a biblical poem celebrating
creation. The Hebrews wanted no confusion about the relationship between myth
and truth, even in their poetry. (And even their poetry can sometimes teach
literal historical truth, as in Psalm 78 and Psalm 136.)

Instead of a myth, Genesis 1–3 reads like history. Scholars acknowledge that
Genesis talks about a topic unlike that of most Ancient Near Eastern myths.
The myths often relate to how the seasons work out rather than how the heavens
and earth were made, as Genesis discusses.5

Putting all these factors together, we can understand that when Moses spoke
of an entirely different subject in an entirely different way, he wanted Israel
to know that he was not embracing the mythical stories they may have heard in
Egypt. Instead, he challenged the false ideologies all around him.

Moses was not embracing the mythical stories of
the day. Instead, he challenged the false ideologies all around him.

Moses was a myth buster. He mentions certain mythical elements in order
to debunk them. He did this not by presenting a counter-myth but by presenting
what actually happened. This explains why Genesis reads like history rather
than poetry. This explains why Genesis includes allusions to false mythical
elements in a way radically different from the myths of the Ancient Near East.
Myth busting means that God tied the theology of His preeminence to the historical
reality of what He did in time and place, starting with the actual events described
in Genesis 1–3.

I am not the first to say such things. In fact, many liberal scholars reach
the same conclusions. They agree that the influence of various myths upon the
Genesis text is not definitive.6 They also see how Genesis countered the polytheistic
ideology of other nations.7

All of this confirms that Genesis 1–3 makes truth claims about real history.
The Genesis account ties together the reality of God’s supremacy as Creator
with the reality of His created world, where we now live. This is no fairy tale.
Rather, the reality recorded in Genesis busts not just ancient myths but modern
ones. Will we treat it as a cleverly devised tale or wholeheartedly embrace
it as God’s inerrant truth?

Not Just Another Myth

Is there any merit to the idea that Genesis was written as myth, like
Ancient Near Eastern myths? While some details are similar, they are told in a
style that highlights the contrast between pagan myths and historical reality.

1 Leroy Waterman, “Cosmogonic Affinities in Genesis 1:2,” The American Journal of Semitic Languages and
Literatures 43, no. 3 (April 1, 1927): 181. Waterman argues that Genesis is unique in that it depersonalizes
all the forces of nature. An easy-to-read reference is John Oswalt’s The Bible among the Myths (Grand Rapids,
MI: Zondervan, 2009).

Dr. Abner Chou is associate professor of Biblical
Studies at The Master’s College. He has written papers,
presentations, and articles and is currently
writing books on biblical theology, hermeneutics, and the
book of Lamentations.