Caring Past Our Prejudice

Many people, including born-again
Christians, are quite
vitriolic against certain members
of our Maker’s menagerie. We easily
say, “I love God’s creatures” while
thinking about giant pandas, box turtles,
ladybugs, and koalas. But those
nice platitudes evaporate when we face
unlovely creatures like centipedes or
goblin sharks, or perhaps troublesome
critters your family has feuded with for
generations, such as cockroaches, termites,
or moles.

But what does God think of his creation?
Genesis 1:31 says, “And God
saw everything that he had made, and
behold, it was very good” (emphasis
added). You might say, “That was before
the fall. Now it’s all twisted by the
curse, and certain critters I’ve deemed
more distorted are worthy of my complete
loathing.”

Yes, the world is twisted, and the
original created kinds have generated
some species with loathsome features
and behaviors. But remember, Noah
built the ark after the fall. God told him
to bring on board all kinds of terrestrial
creatures “to keep their offspring
alive on the face of all the earth” (Genesis
7:3). This means that the ancestors
of the animals on our “hate list” were
deliberately saved from annihilation by
God’s command.

In Genesis 1:28, God told Adam and
Eve, “Be fruitful and multiply and
fill the earth and subdue it, and have
dominion over the fish of the sea and
over the birds of the heavens and over
every living thing that moves on the
earth.” God put us in charge of the
creatures. Admittedly, many undesirable
plants and animals, such as stinging
nettle, venomous snakes, coyotes,
or disease-transmitting insects (like
mosquitoes and tsetse flies) must be
kept under control for man to exercise
dominion well. But our wrong attitudes
should conform to a loving, wise Creator’s
perspective as we obey his command
to manage his creation well—even the parts we think are worthless
or disgusting.

We often have an inexplicable prejudice
against perfectly harmless aspects
of creation, such as a variety of nonvenomous
snakes, innocuous weeds, and
harmless spiders. Their only “crime” is
not conforming to our sense of beauty
or utility. We can fix this harmful perspective
by remembering that God
made them and charged us with their
care. Just because they aren’t as cute as
a giant panda or as lovely as an orchid
doesn’t mean they forfeit their rightful
place on earth.

When we look closely, past our
prejudice, we see that God’s
design is magnificent—even if the
creatures don’t measure up to our
standard of beauty and utility.

In many cases, beauty can be seen in
their function. For example, the naked
mole-rat with its furless skin, protruding
teeth, and beady eyes is perfectly
suited for living underground in dark,
low-oxygen conditions, chiseling
tunnels with its teeth. Likewise, the
blobfish, a species which often finds
itself nominated as the ugliest animal,
thrives in the pressure of its deep-sea
habitat. Its gelatinous body allows the
blobfish to float above the seafloor,
reducing the energy usually needed for
swimming.

When we look closely, past our
prejudice, we see that God’s design
is magnificent—even if the creatures
don’t measure up to our standard of
beauty and utility.

Sometimes the species we think are
worthless are important to the health
of an ecosystem. For example, many
people dislike mosquitoes for obvious
reasons: They annoy us on summer evenings,
and in many parts of the world,
they spread deadly diseases. But mosquitoes
are an important food source for
insectivores like dragonflies, fish, bats,
and many birds. The nectar-feeding
male mosquitoes also pollinate flowers. 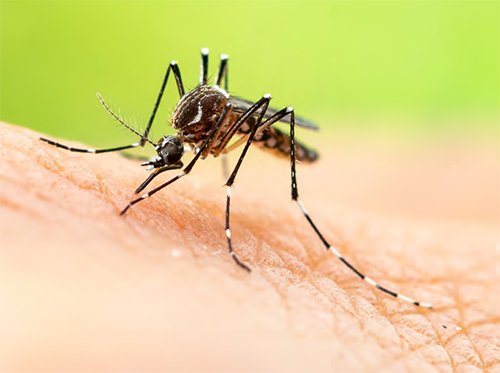 Though mosquitoes transmit diseases
to millions of people each year, these
pesky insects also pollinate flowers and
are a food source for other animals.

And what about thistles? These
plants can mar a well-manicured lawn,
but they are also a source of nectar
from which bees make delicious honey.

Far from worthless, most creatures
and plants offer some benefit to creation
at large—including to humans.
Before the 1850s, most people would
have thought rats and mice were disgusting
vermin only to be caught and
destroyed—and rightly so, since they
spread disease and ate crops. Today,
however, these rodents are invaluable
to biomedical research. Likewise, thale
cress (Arabidopsis thaliana) in the wild
is considered an annual weed. But
because of its quick life cycle and small
genome, it has become a popular and
valuable model organism in plant biology
and molecular genetics.

We must watch for possible assets in
plants and animals that we currently
disregard. We don’t know what hidden
treasures might lie in some seemingly
useless or unpopular organisms. Regarding
biodiversity conservation, ecologist
Aldo Leopold wrote in his book A Sand
County Almanac, “Who but a fool would
discard seemingly useless parts. To keep
every cog and wheel is the first precaution
of intelligent tinkering.”

Rather than trying to annihilate a
troublesome species, managing creation
means finding ways to reduce the negative
effects of the fall while still maintaining
God’s biodiversity. For example,
rather than driving mosquitoes to
extinction, scientists are working on
genetically modifying the insects to
inhibit their ability to transmit malaria.

In addition to researching ways to
control the negative effects of creation,
we can also manage creatures by keeping
them in their proper ecosystems.
Whether by human intent or carelessness,
certain species often wind up
in the wrong place. These are known
as invasive species. For example, the
Asian giant hornet was recently introduced
into northwest Washington
State and Canada. Honeybee (Apis mellifera)
colonies are defenseless against
this marauder, which decapitates the
bees by the dozens. But in the hornet’s
natural habitat, Japanese honeybees
(Apis cerana japonica) know how to deal
with this bully. Like a rugby scrum,
they mob the hornet. Then they vibrate
their wing muscles until they generate
enough heat to cook the attacker.

When invasive plants or animals get
established in a new place, they can
cause enormous, expensive problems
because they are free from the environment
that normally held them in check.
If these so-called pests are kept in their
proper place, they usually aren’t much
of a problem. They don’t need to be
exterminated off the face of the earth—they just need to be managed.

If a species’ existence hinges on our
opinion, the cute and furry species are
safe. But it’s another story if the critter
is a venomous snake, like the Russell’s
viper, responsible for thousands of
deaths each year, or insatiable slugs that
eat our garden vegetables. These creatures
are hard-pressed to justify their
existence to the general public. (Personally,
I think snakes are amazing. But my
opinion doesn’t matter.)

Even though there are many aesthetic
or pragmatic reasons for finding the
value in creatures, the foundational reason
to respect animal or plant species
should not be attached to their ability
to win a popularity contest. We might
not think certain animals or plants are
particularly useful, pretty, or interesting,
but we do know they have innate
value simply because they are part of
God’s creation and he gave them to us
to manage.

Remember, even though creatures
were cursed following the fall, the
dominion mandate still stands. We are
to wisely and kindly rule over creation.
That starts by adjusting our attitudes
toward the creatures in our care. Plants
and animals shouldn’t have to justify
their existence to us by meeting our
standard for beauty or having some
obvious benefit to bestow on society or
their ecosystem, though they probably
do. Their intrinsic value is not dependent
on our attitude toward them. Their
innate value is established in the words
of Genesis: “He saw all that he made, and
it was very good. . . . God said to them, . . .
‘Have dominion over . . . every living
thing that moves on the earth.’” Because
these are God’s creatures and because
he gave them into our charge, it’s up
to us to manage them well—including
keeping pests in check as appropriate—to the glory of our Creator.

Adapted from excerpts in A Different Shade of Green: A Biblical
Approach to Environmentalism and the Dominion Mandate by Gordon Wilson (Moscow, ID: Canon Press, 2019).

Dr. Gordon Wilson, Senior Fellow of Natural History at New
Saint Andrews College, earned an MS in entomology from the
University of Idaho and a PhD from George Mason University
in environmental science and public policy. He is the narrator
of the nature documentary series The Riot and the Dance
and the author of a biology textbook of the same name.