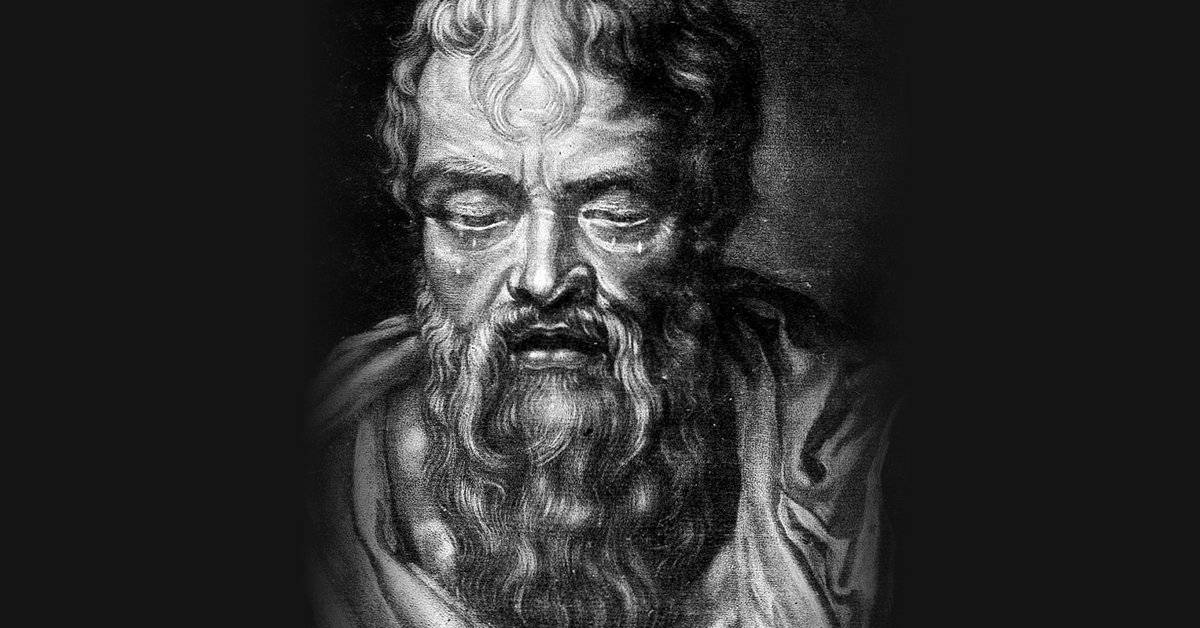 “If there were no sun, on account of the other stars it would be night.”

When I recently read this quote, I thought it sounded like something Yogi Berra might have said. However, the great New York Yankees catcher and manager didn’t say this. Rather, this nugget is from Heraclitus, an early 5th century BC Greek philosopher.

While Heraclitus is notable for many things, he is best known for his teaching that the world is in flux, or continually changing. To illustrate this, Heraclitus famously said, “No man ever steps in the same river twice.” Unfortunately, none of Heraclitus’ writings survive intact. We rely upon what others said about him, and in some cases, fragments of his writings, such as the quote above. Some scholars doubt that the phrase, “on account of the other stars,” was original to Heraclitus, being added by someone else later. If this is true, then the possible original quote (“If there were no sun it would be night”) sounds even more like a Yogi-ism.

As with so many other ancient Greek ideas, the belief that the universe had no beginning became a common theme of Western thought.

You may wonder why I was reading up on someone who has been dead for 25 centuries. For a long time, I had been aware that many ancient Greeks thought the universe was eternal. As with so many other ancient Greek ideas, the belief that the universe had no beginning became a common theme of Western thought. Even as Christianity came to dominate the West by the 4th century, belief that the universe was eternal persisted. How did people in the West square this with the “In the beginning” of Genesis 1:1?

The answer to that question isn’t entirely clear. Many Bible expositors stated that God created everything a finite time in the past (and usually only thousands of years ago). But among scientists, many of whom were Bible believers or at least were heavily influenced by the Bible, the predominant view was shifting to a universe being eternal, but the earth was not.

Perhaps many of them thought the creation account of Genesis 1 referred to the creation of the earth and things on earth. None of them seemed to have directly opined on this question. At any rate once the secular scientists settled on dismissing the biblical account, the eternality of the universe was taken as a given by many astronomers and physicists until the rapid ascendency of the big bang model a half century ago.

Now, the dominant belief is that universe abruptly appeared 13.8 billion years ago. The switch from believing the universe was eternal to the universe having a finite age was a paradigm shift.

But back to the ancient Greeks. I was curious as to which of the ancient Greek philosophers/scientists was responsible for originating the idea of an eternal universe. The earliest clear statement about this comes from a fragment attributed to Heraclitus:

This world, which is the same for all, no one of gods or men has made. But it always was, is, and will be: an ever-living Fire, with measures of it kindling, and measures going out.

However, there may be an even earlier proponent(s) of the eternal universe from which Heraclitus was drawing. I would also leave open the eternal-universe beliefs of many pagan cultures that may have deviated into this type of belief of which we are simply not aware or documented (peoples prior to the Flood for instance). With sin, people could easily deviate into these false myths.

We certainly don’t know the reasons why the ancient Greeks thought that the universe was eternal. Heraclitus didn’t tell us why he thought this, and those who came later seemed to have accepted the eternality of the universe without question.

There likely are two reasons for this. First, the ancient Greek gods were very limited: not much more than super-men. Therefore, their gods were incapable of fiat creation. Second, from their study of how the world around them operated, the ancient Greeks couldn’t see any possibility that the world could have created itself. If no one created the universe and the universe didn’t create itself, then the only other possibility is that the universe was not created, and hence must have always existed.

After being accepted for centuries any idea, such as the universe being eternal, becomes dogma. Once dogma becomes established, it is very difficult to think about things any other way. Still, Christianity eventually became the dominant belief in the West. But rather than starting over, many church fathers accepted much of Greek philosophy, adapting it to Christianity. The eternality of the universe seems to have been one of those wrong ideas that slipped through, despite the Bible teaching something very contrary to it.

This illustrates the importance of Genesis as a foundation of what Christians believe.

This illustrates the importance of Genesis as a foundation of what Christians believe. Had Christians held firm on the fact that, according to Genesis 1:1–2:3 (as well as many other biblical passages, such as Exodus 20:11), God made everything in the beginning, then the notion that the universe was eternal would have died out in the West 15 centuries ago.

Unfortunately, many Christians have capitulated on the question of ultimate origins, foolishly accepting a naturalistic big bang in a desperate hope that, somehow, they can salvage theism out of it. They don’t realize that this is the same error that church fathers did in accepting the reasoning of the world regarding creation. This has it backwards: Christians are to start with God’s Word, not try to insert and reinterpret the Bible after the fact.