Should We “Cancel” Charles Darwin? 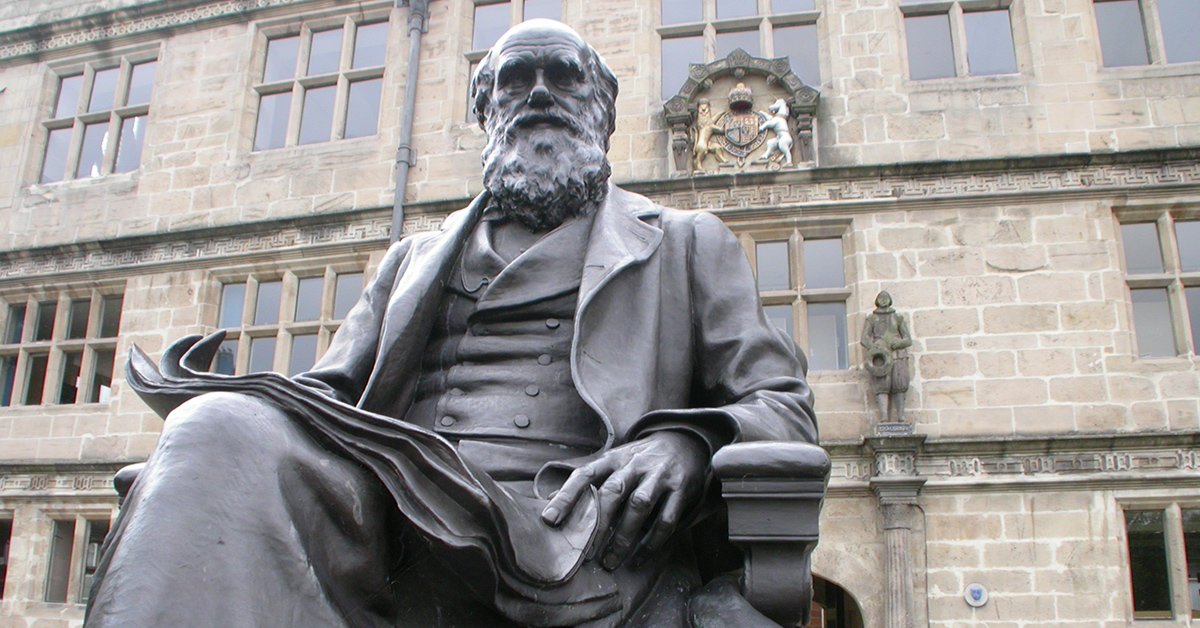 A recent opinion piece by Peter Heck on the news site Disrn made this very argument—one I’ve been making in presentations and social media posts for a long time. Heck writes,

Even by the most generous of measures, the intellectual and philosophical heritage of Charles Darwin is one of the most hideously racist legacies one can fathom. And yet, his inherently racist dogma is not only presented in public schools across America, it is state and federal policy that every student in America demonstrate proficiency in understanding and applying his dangerous ideology.

Yes, there is hypocrisy among individuals and institutions who claim they’re against racism and remove statues or rename buildings—and yet exalt Darwin, a man who published in his book The Descent of Man and in various letters some of the most inherently racist material you could read! Of course, most people (including teachers and professors) have never read The Descent of Man or Darwin’s other writings.

In his book Ontogeny and Phylogeny, the late evolutionary biologist Stephen J. Gould wrote, “Biological arguments for racism may have been common before 1859, but they increased by orders of magnitude following the acceptance of evolutionary theory.” Yes, Darwin’s ideas fueled racism. Hitler (and his idea of a superior race) used Darwin’s writings to justify what he did to the Jews and others. In the 1900s in America, one of the main biology textbooks used in public schools, A Civic Biology by George Hunter, taught generations of American students, based on Darwin’s ideas, that,

At the present time there exist upon the earth five races . . . the highest type of all, the Caucasians, represented by the civilized white inhabitants of Europe and America.

Surely that alone should be enough to cause the “cancel culture” to ban Darwin from libraries, schools, and universities. But no! They won’t touch Darwin because he is like a god to them. Why? Well, his ideas give people a supposed justification to reject God and do whatever they want with sex, determine “right” and “wrong” for themselves, have an abortion, and so on. Ultimately, it’s a spiritual issue!

Getting Answers to the US National Racism Crisis

So if the inconsistent and hypocritical “cancel culture” is not the answer to racism, what is? How do we understand things like skin “color,” people groups, supposed “races,” racism, the origin of languages and cultures, cavemen, and more? Well, these and many more topics are covered in stunning exhibits at the Ark Encounter and Creation Museum, as well as in many of our books, resources, and curricula.

At Answers in Genesis we’ve been addressing racism-related topics from a biblical and scientific perspective since we began in 1994. In fact, I’ve been speaking on the origin of the different people groups and against racism since 1975, as well as in books and countless articles! We’ve been helping lead the way for Christians to be equipped to deal with such issues. Sadly, much of the church is not tackling these matters as they need to be. We must speak out and be heard! I encourage you to bring your family and friends to these two leading world-class Christian themed attractions and learn more about what the Bible says about the true origin of people groups.

And there’s so much more at these spectacular places. Visit beautiful Northern Kentucky and take time to learn, be equipped, and have fun in these family-friendly, God-honoring facilities. Visit ArkEncounter.com and CreationMuseum.org.

I discussed this today on Answers News with cohosts Avery Foley and Bodie Hodge. Answers News is our weekly news program filmed live before a studio audience here at the Creation Museum and broadcast on my Facebook page and the Answers in Genesis Facebook page. We also covered the following topics: