Racism, Riots, and the Gospel of Jesus Christ 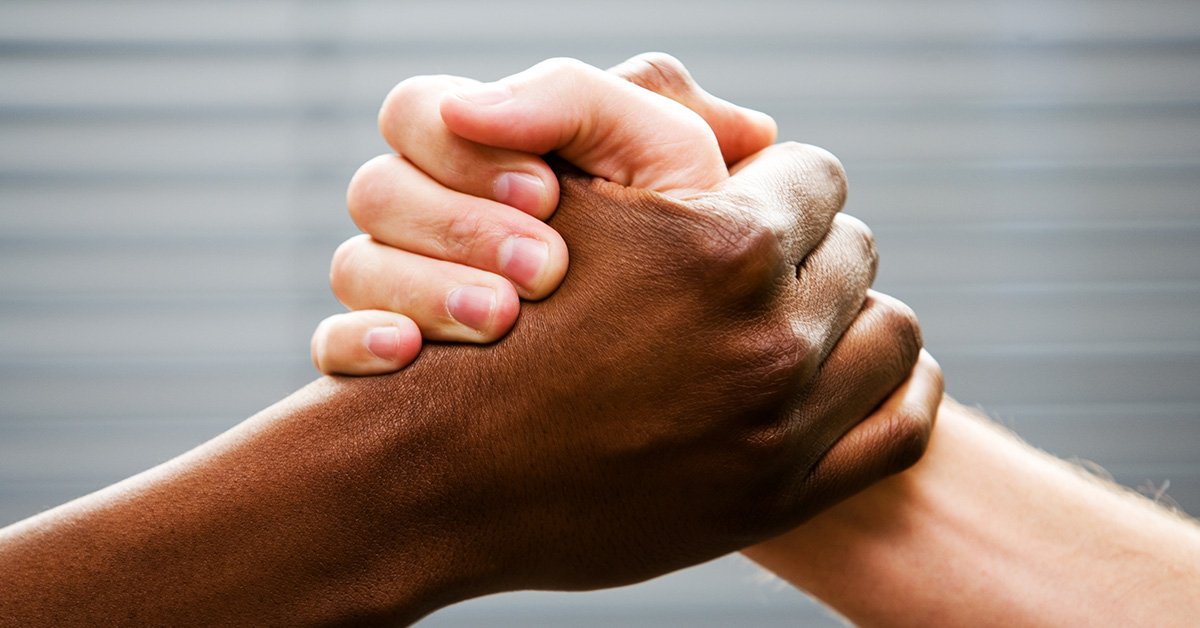 A nation already very divided is now even more divided. Is there anyone who can bring unity amidst the chaos, confusion, heartbreak, anger, and sin raging across our nation?

Yes, there is—and that person is Jesus Christ. But I’ll get back to that important point in a moment. First, I want to address how Christians should think about the issue of race and racism. We must understand the root of racism—it’s not ultimately rooted in the tragic history of the United States, slavery, or past racist laws (like the Jim Crow laws). It’s actually rooted in sin. That’s why racism, prejudice, and discrimination have existed, in one form or another, all throughout history—because sin is the root of all evil actions and thoughts, including racism. All human beings are precious, made equally in the image of God.

You see, God’s Word teaches that God created male and female in his image (Genesis 1:27). And from these two people, Adam and Eve, came every other human being who has ever lived. Each person is made in the image of God—equal and precious in his sight. Since each person is a descendant of the same human couple, every person is not only made in God’s image but is part of one biological race, “And he made from one man every nation of mankind to live on all the face of the earth, having determined allotted periods and the boundaries of their dwelling place” (Acts 17:26).

Those who take the result of such genetic diversity that results in different skin shades and use it as the basis to discriminate, harbor prejudice, or hate another image-bearer of God are sinning

We’re all one race, but (obviously) there’s biological and cultural diversity within humankind. One example of this diversity is the result of varying levels of a brown pigment in our skin called melanin. To put it simply, some people have a lot of melanin (dark shade), others have only a little (light shade), and others have a shade in-between (what we call middle brown). This diversity in skin shade has nothing to do with “race” (there’s only one race, a biblical truth confirmed by genetics), but is a result of the genetic diversity God built into the humankind. Those who take the result of such genetic diversity that results in different skin shades and use it as the basis to discriminate, harbor prejudice, or hate another image-bearer of God are sinning. 1 John 2:9 says that “whoever says he is in the light and hates his brother is still in darkness.”

George Floyd’s death was a horrifying tragedy. How can we respond? What is the answer to the swirling tsunami of anger, heartbreak, tension, and frustration raging around us right now in America? The revelation of God’s Word, the true history of humanity, and the gospel of Jesus Christ. This is the answer—the only answer. Every person is a descendant of Adam and Eve, so every person is a sinner—that’s our biggest problem, no matter who we are, where we come from, or what shade of skin we have. Our biggest problem is the sin that separates us from a holy God.

Thankfully, Jesus Christ, the God-man who became a descendant of Adam, died on the cross in our place, taking the penalty of death for us that we deserve because of our sin. Through his death, Christ nailed our sin to the cross, and when we repent of our sin and trust in Christ alone for salvation, we are forgiven and he remembers our sin no more (Hebrews 8:12). Not only that, but we’re given a new heart, with a new love for others, and we’re adopted into his one family, the one body of Christ. This is our ultimate hope and it’s the only ultimate answer to racism, discrimination, prejudice, and the sinful heart behind such things.

Now, I’m not saying these issues involved aren’t complicated—they certainly are. But the ultimate and only lasting solution is simply the truth of God’s Word and the gospel of Jesus Christ. During this dark time in America, let’s shine our light for Christ and point all those who bear Christ’s image to his finished work on the cross and the hope, peace, and reconciliation between hearts that it brings, by God’s grace.