Which Came First—The Chicken or the Egg? 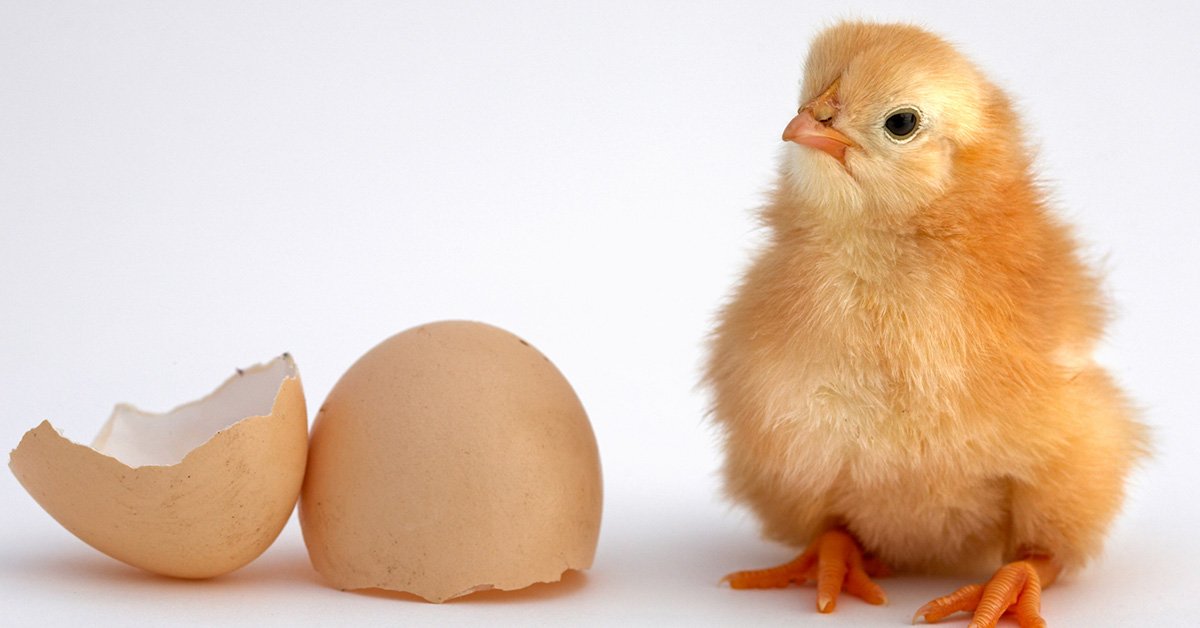 Few questions have plagued mankind like the chicken-or-the-egg conundrum. Even
Aristotle, the philosopher credited as the first to study formal logic, wondered
which came first. Chickens come from eggs, and eggs come from chickens—how can
one come before the other? What came first, the chicken or the egg?

As with other questions, worldview dictates your answer. Evolutionists assert
that birds evolved from reptiles over millions of years, so the reptiles eventually
laid the egg that hatched as a chicken. The egg came first.

God created mature birds with the ability to reproduce. So the bird was first, ready to lay eggs.

What do creationists believe? On Day Five of Creation Week, God created “every
winged bird according to its kind” (Genesis 1:21). God created mature birds
with the ability to reproduce. So the bird was first, ready to lay eggs.

While we know that birds came first, that fails to address the specific question
about domesticated chickens. Is it possible to determine the chicken’s ancestor
that was created on Day Five? Classification research is a very young field,
but chickens happen to be one of the creatures that creationists have investigated
to identify the original parent kinds.1

What they found is interesting. Analyzing all the relevant biblical words for
chickens and birds, then studying which modern birds can mix (hybridize) with
chickens, along with statistical analysis of similar physical traits, they found
evidence that chickens belong to the potential created kind of the Galliformes
order.

These birds appear to have been among the clean animals on the Ark. As they
diversified and filled the earth after the Flood, many different species appeared.
Some of these were preserved in post-Flood sediments. The earliest fossils look
like pheasants and similar wild birds. It’s possible that it was not until later
that the modern species of domesticated chickens (Gallus domesticus)
appeared.

The Creator placed designs for immense diversity within the genetics of the
original kinds. As this diversity was passed from parent to offspring, most
likely a non-chicken bird eventually laid an egg containing a chicken. So, technically
speaking, it’s very likely that the Gallus domesticus egg came first.

Now, with that out of the way, we can address the other question on everyone’s mind—why did the chicken cross the road?

Heather Brinson Bruce earned dual degrees in English and chemistry from Clemson University. She writes and edits for Answers magazine.