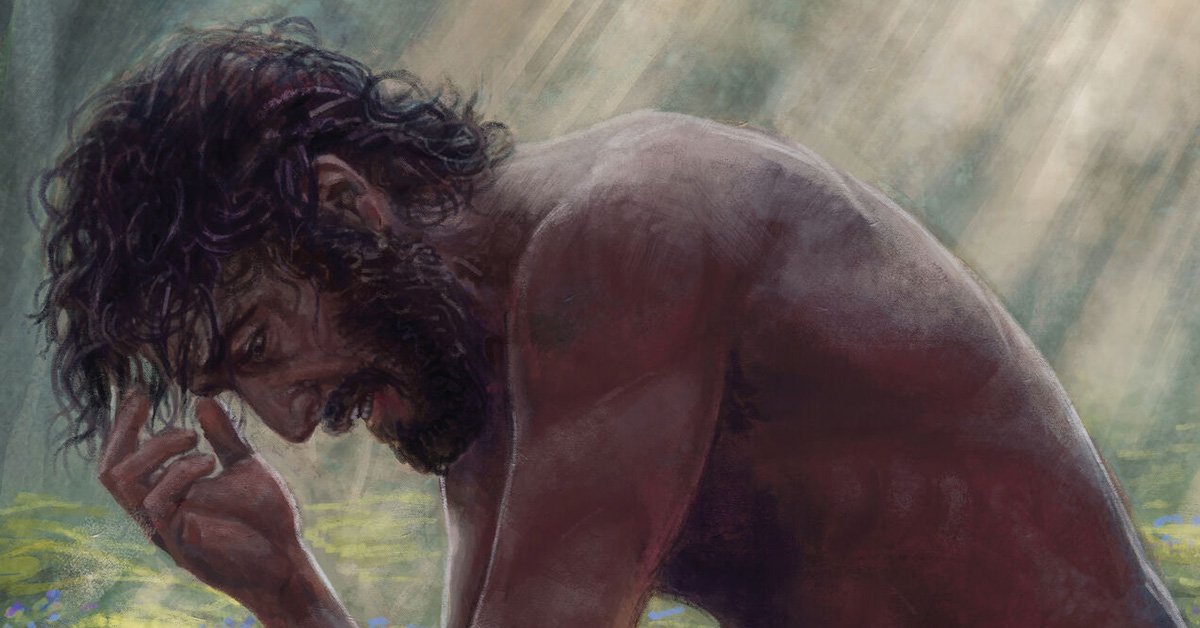 The question is, who is the “one man” that Paul was referring to when he spoke to the Athenian philosophers on Mars Hill?

The question is, who is the “one man” that Paul was referring to when he spoke to the Athenian philosophers on Mars Hill? Biblical commentators have long seen this to be a reference to the first man that God created, Adam. However, Old Testament scholar and theistic evolutionist1 John Walton, in his book The Lost World of Adam and Eve, argues that it is a reference to Noah. Before looking at Walton’s argument as to why this is a reference to Noah, it is important to understand how he views the creation of Adam in Genesis 2.

In his book The Lost World of Adam and Eve, Walton asserts that when Genesis 2–3 is read against its ancient Near Eastern (ANE) background, it does not speak about the material origins of the world but rather functional origins.2 This is why he believes the following in Genesis 2: “the forming account of Adam and Eve should be understood archetypally rather than as accounts of how those individuals were uniquely formed.”3 This view, however, does not do justice to the forming account of Adam in Genesis 2.4 Nevertheless, Walton does understand Adam to be a real person who existed in history. He bases this on the fact that in the Old and New Testaments Adam is part of a genealogy (Genesis 5:1; 1 Chronicles 1; and Luke 3).5 Yet, he insists there are some elements of Adam’s profile that are not intended to convey historical elements: his name and his forming account are archetypal.6 Regarding the Hebrew word ʾādām in the context of Genesis 2, Walton argues that rather than referring to a proper name (Adam),7 it means “humankind,” which is why he believes Adam is archetypal.8 The implications of his archetypal view allow him to believe there were other humans living before Adam.9

With this background in mind, one of the reasons Walton believes Paul’s statement in Acts 17:26 is a reference to Noah is that it echoes Genesis 10:32:

I would contend that in this verse he is not talking about biology or about human origins. He is discussing national origins. God’s “making” (poieo) of a nation is not a material act but an organizational one. The nations come into being through lines of descendants, and the Bible communicates that process very explicitly in Genesis 10, the so-called Table of Nations. There the lines of Noah’s three sons are traced as a means of identifying the lineage of the seventy known countries and peoples in the author’s time. Genesis 10:32 concludes that from these three sons of Noah come all the nations…This is the only verse in the Old Testament that talks about the origins of the nations as a group and is therefore arguably the verse to which Paul refers. If that is so, the “one” that he refers to is Noah, not Adam.10

Is Walton right? Does Acts 17:26 refer to Noah, and more importantly does this really matter?

The Apostle Paul & the Traditional Understanding of Acts 17:26

Paul explains that God created mankind from “one man” because he knew it contradicted the Athenians’ worldview, which was evolutionary at its core.

First of all, the reference to creation in Acts 17:24 makes the Adam connection much more likely, and this is recognized by the vast majority of biblical commentators.11 It is important to keep in mind that when Paul visited Athens in Acts 17, he knew the religious background of the Athenian people (Epicureans and Stoics) to whom he was preaching, so he knew the issues he needed to address. For instance, the Greeks were polytheists, so after seeing the idol to an “Unknown God,” Paul used it as a springboard for explaining who the one true creator God really is (see Isaiah 42:5). Therefore, Paul explains that God created mankind from “one man” because he knew it contradicted the Athenians’ worldview, which was evolutionary at its core.12 They believed they came up from the soil of their native Athens.13 Schnabel explains:

The reference to one ancestor in Acts 17:26 … is an unambiguous reference to the biblical tradition of the beginning of all human existence in the creation of Adam, the first man whom God brought into being (Gen 1:26–27, 2:7). There is no clear parallel in Greek thought or mythology to this conviction that the human race can be traced back to one man who was created by God.14

The Bible clearly teaches that Adam is the first human being (1 Corinthians 15:45) and Eve the first woman (Genesis 3:20) who were the progenitors of the whole human race. Paul deliberately refers to Adam in order to show that all people have their roots in the one man God originally created. The division of the nations in Genesis 10 is in the remote background as it serves to highlight how God has providentially arranged the movements of the nations of mankind so that they may seek him (see Deuteronomy 32:8).

Why Seeing Adam Matters in Acts 17:26

In Acts 17 Paul accepts that the history in Genesis 1–11 is true and reliable as he uses it to teach not only theology but also history, as that theology is grounded in history.

This matters because Walton’s interpretation (or re-interpretation) of the biblical text comes not out of reading the biblical text, but out of his reading Genesis 1–3 in light of the ANE worldview and a desire to synthesize Genesis with evolution. If Acts 17:26 is speaking of Adam, then it undermines Walton’s view of Adam as an archetype. Paul’s gospel presentation makes no sense if he is trying to teach that one man is archetypal and the other, Jesus, is historical (Acts 17:31). The parallel Paul is trying to make would be broken and the analogy would not work if Adam is only an archetype for mankind. Moreover, Paul’s teaching concerning Adam being the first man is clear in his writings. In Romans 5 there is an emphasis on the singularity of the one man (Romans 5:12, 15, 17, 18, 19) as there is in 1 Corinthians 15:45 where again Paul states that Adam was “the first man.” Paul’s theology in Romans 5, which is the foundation for his apologetic in Acts 17 (cf. Romans 1:18-25), is undermined if Adam is merely an archetype, a representation for mankind. If it was not by one man that sin, condemnation, and judgment came upon all, then how can it be by one man, Jesus Christ, that salvation comes (Romans 5:17–19)? Paul’s argument requires both Adam and Jesus to be two distinct historical individual men.15

In Acts 17 Paul accepts that the history in Genesis 1–11 is true and reliable as he uses it to teach not only theology but also history, as that theology is grounded in history. Paul’s argument on Mars Hill involves God as Creator, mankind made in God’s image and coming from the one man God originally created, our sin (idolatry), and a coming day of judgement. Therefore, all men everywhere now need to repent and trust in the risen Lord Jesus (Acts 17:24–31, cf. 17:18).