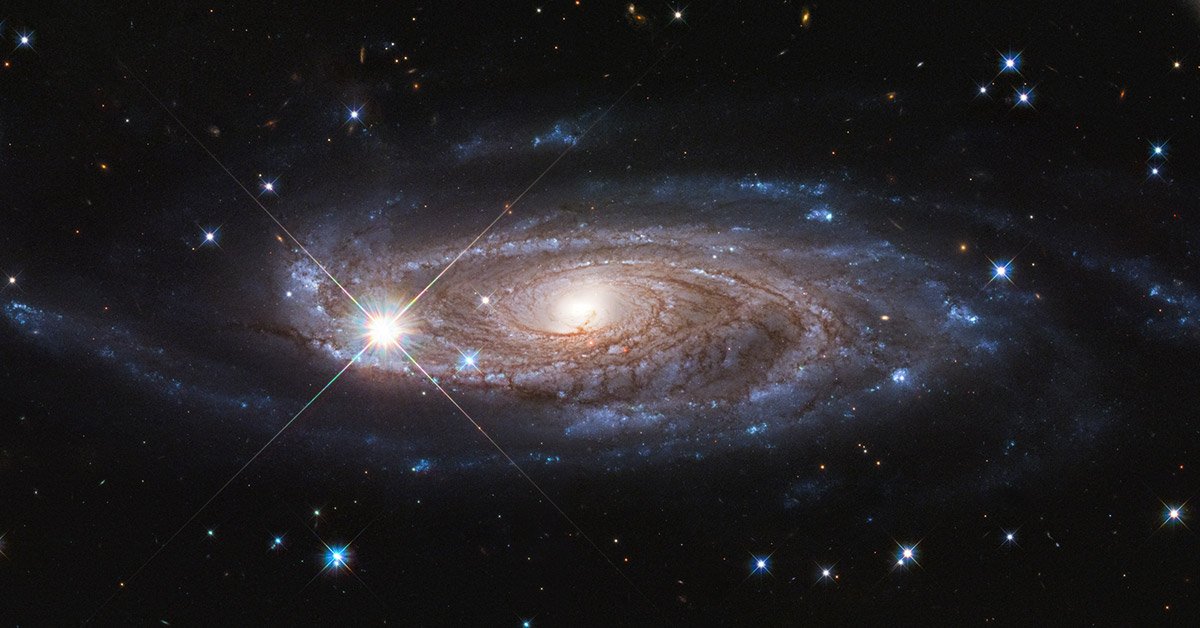 The assumption of isotropy generally implies that the universe has no edge.

The assumption of isotropy generally implies that the universe has no edge. If the universe had an edge, to an observer located near the edge, the universe would look very different depending on which direction he looked. To such an observer, the distribution of matter would abruptly stop when his view reached the edge, but matter would continue almost indefinitely in the opposite direction. If the universe had an edge, but we were not close enough to the edge to see it, then the universe may appear isotropic even though it is not. But a violation of isotropy could show up in more subtle ways. For instance, not only is matter distributed throughout space, but space appears to be expanding, carrying matter along with it.

The possibility of expansion was predicted a century ago when Einstein’s theory of general relativity was applied to the universe. Edwin Hubble confirmed this prediction in a landmark paper in 1929, which led to the Hubble law. The Hubble law relates the redshifts of galaxies to their distances, which can be turned around to find distances of faraway galaxies by measuring their redshifts. If the universe is not isotropic, then deviations from isotropy could show up as different rates of expansion in different directions. This is what a recently published paper discovered.

What the Study Found

This new study examined 313 galaxy clusters. A galaxy cluster is a gravitationally bound group of galaxies. A galaxy cluster may contain a thousand or more individual, large galaxies, with each galaxy containing a few-hundred-billion stars. Obviously, these are large structures. Between the galaxies in a cluster there exists much hot gas. This intracluster medium typically contains ten times the mass of the stars within the galaxies in a cluster. The intracluster medium is so hot (10–100 million Kelvin temperature) that it emits copious amounts of X-rays. Since X-rays don’t penetrate the earth’s atmosphere, astronomers didn’t even know about the intracluster medium until about a half-century ago when X-ray telescopes were put above the earth’s atmosphere for the first time. Today, X-ray sources are routinely observed with orbiting X-ray telescopes.

It is this X-ray emission that made this new study possible. It is relatively easy to use X-ray observations to measure the temperature, T, and the total X-ray emission of the intracluster gas of a galaxy cluster. If we know the distance to a galaxy cluster (usually from applying Hubble’s law to the redshift of the galaxy cluster), then the measured X-ray emission can be converted to a calibrated X-ray luminosity, LX. Astronomers have discovered that there is a tight correlation between LX and T.

If the departures are real, what does this mean? The most likely answer is that the calibrated X-ray luminosities are in error. If the X-ray luminosities are incorrect, it is because the distances used to calibrate them were wrong. But those distances came from the assumption of uniform expansion in all directions, so these departures from the LX–T relation indicate that the expansion of the universe is not uniform in all directions. That is, the universe is not isotropic. This conclusion is consistent with some previous studies, though the conclusion of the current study is more robust.

This new study, along with earlier ones, raises doubts about the assumption the universe is isotropic.

The holy grail of big bang cosmology is the cosmic microwave background (CMB). There are some large-scale irregularities (anisotropies) in the CMB. For instance, there is a dipole in the CMB, which means that the CMB is a little warmer in one direction and a little cooler in the opposite direction. This is interpreted as being caused by the motion of our galaxy at a velocity of 370 km/s in the direction of the warmer pole in the CMB. The anisotropy from the current study is not aligned at all with the CMB dipole, so it can’t be due to our motion in space. Nor is it aligned with the Axis of Evil or the CMB Cold Spot, two other unexplained anomalies in the CMB. There are other well-documented isotropies in the CMB.

Will this study cause cosmologists to reevaluate whether the cosmological principle is true? Probably not.

Will this study cause cosmologists to reevaluate whether the cosmological principle is true? Probably not. This would amount to a paradigm shift, and people generally don’t take well to paradigm shifts. If the cosmological principle is false, then it would undermine much of the cosmology of the past century. This especially applies to the big bang model. Since the big bang is the only origin scenario for the universe that is currently under consideration by most scientists, I expect that the conclusions of this new paper will not be welcomed. Otherwise, the big bang model is not true.

Bible-believing Christians understand that the big bang is false because it is contrary to what the Bible says about the origin of the universe. It is encouraging to see scientific studies that demonstrate problems with the big bang model, in this case, undermining an assumption fundamental to the big bang.