“Newborn Stars” Form in the Pillars of Creation? 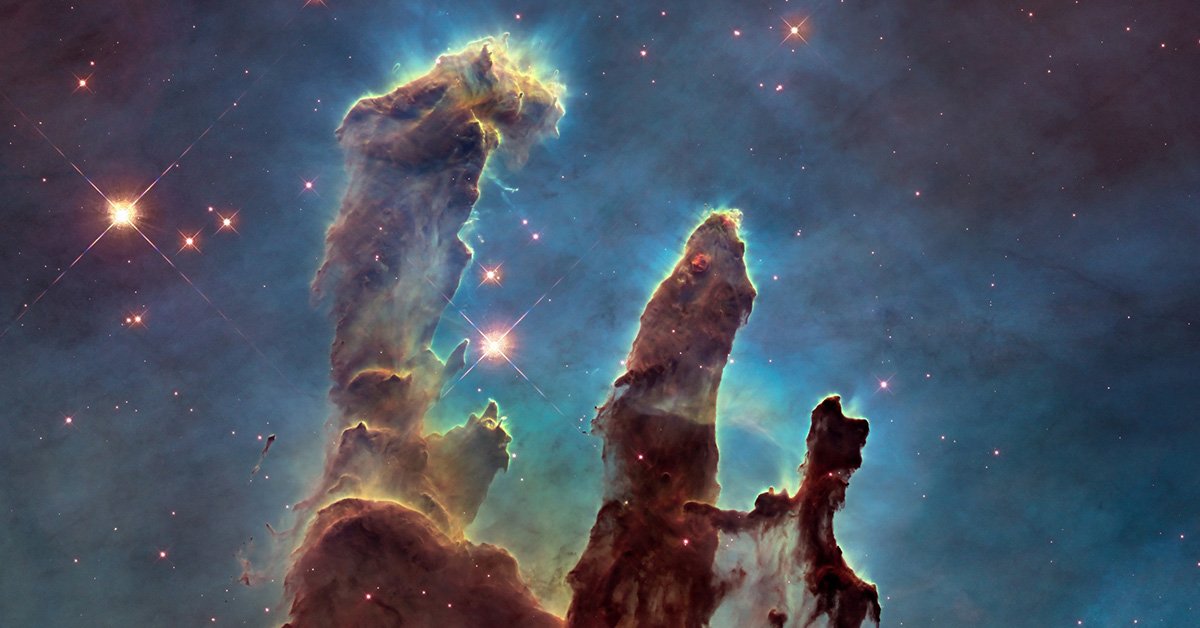 According to God’s Word, stars didn’t form slowly and gradually from “protostars” in nurseries. They were formed at God’s command when “he made the stars also” (Genesis 1:16).

According to God’s Word, stars didn’t form slowly and gradually from “protostars” in nurseries. They were formed at God’s command when “he made the stars also” (Genesis 1:16). And he names them all: God determines the number of the stars and he gives to all of them their names (Psalm 174:4).

So what do we make of this claim that we can see “baby stars” in the Pillars of Creation? AiG astronomer Dr. Danny Faulkner, who taught astronomy for over 26 years at University of South Carolina–Lancaster, shares this:

When the Pillars of Creation photo was released 25 years ago, it dazzled the world. The photograph still is considered one of the most beautiful photos taken by the Hubble Space Telescope (HST). Its release was accompanied by explanation of how this photograph revealed much about the process of star formation.

Two decades later, an improved camera on the HST was used to obtain an even better visible light photo. That was followed up by an infrared (IR) image, but in the IR the beautiful features of the Pillars of Creation are muted as compared to the earlier visible images. An astronomer commented that we really ought to call this the “Pillars of Destruction,” because the processes of star formation eventually will disrupt the surrounding gas that produced the beautiful image.

But what have these photographs really revealed? Far less than claimed. These photos are static. That is, they don’t show any change over time. Rather, the images have been interpreted in terms of the current model about how stars form from gas clouds. That model has changed much over the past half century, and I’m sure it will continue to change. There are many examples of how astronomers in the past interpreted images in terms of what they believed at the time. Many of those interpretations are laughable today. Will the interpretation of these photos be any different?

God’s Word is true and has been confirmed over and over again by observational science.

On Answers News (our weekly news commentary program) we often remark on how many articles we discuss completely change everything we knew about a secular model of origins. Will current star formation models follow the same pattern? Absolutely. How can I say that with such certainty? Because God’s Word is true and has been confirmed over and over again by observational science. As astronomers continue to study the heavens, they will be forced to change their ideas because they start with the wrong foundation: man’s word. Only God’s Word is unchanging.

I discussed this item today on Answers News with cohosts Dr. Georgia Purdom and Avery Foley. Answers News is our weekly news program conducted here at the Creation Museum and broadcast on my Facebook page and the Answers in Genesis Facebook page. We also covered the following fascinating topics:

Watch the entire episode of Answers News for April 27, 2020.