Does the Gospel Depend on a Young Earth? 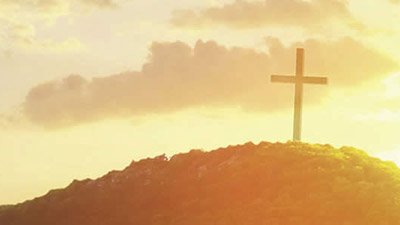 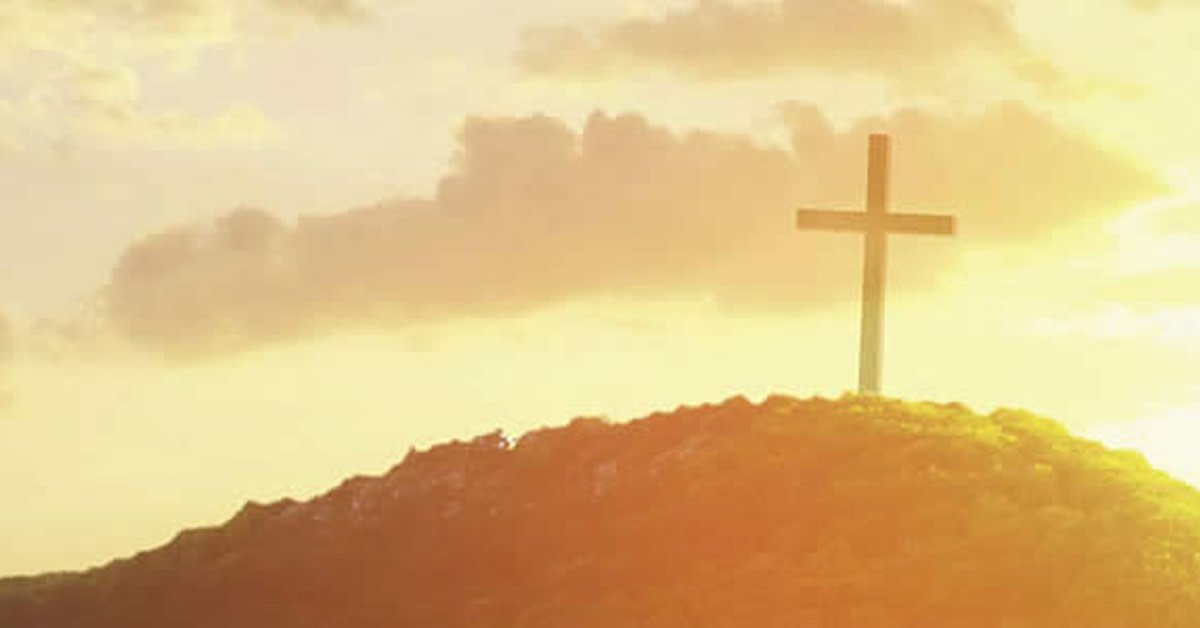 Can a person believe in an old earth and an old universe (millions or billions of years in age) and be a Christian?

First of all, let’s consider three verses that sum up the gospel and salvation. 1 Corinthians 15:17 says, “If Christ is not risen, your faith is futile; you are still in your sins!” Jesus said in John 3:3, “Most assuredly, I say to you, unless one is born again, he cannot see the kingdom of God.” Romans 10:9 clearly explains, “If you confess with your mouth the Lord Jesus and believe in your heart that God has raised Him from the dead, you will be saved.”

Numerous other passages could be cited, but not one of them states in any way that a person has to believe in a young earth or universe to be saved.

And the list of those who cannot enter God’s kingdom, as recorded in passages like Revelation 21:8, certainly does not include “old earthers.”

Many great men of God who are now with the Lord have believed in an old earth. Some of these explained away the Bible’s clear teaching about a young earth by adopting the classic gap theory. Others accepted a day-age theory or positions such as theistic evolution, the framework hypothesis, and progressive creation.

Scripture plainly teaches that salvation is conditioned upon faith in Christ, with no requirement for what one believes about the age of the earth or universe.

Now when I say this, people sometimes assume then that it does not matter what a Christian believes concerning the supposed millions-of-years age for the earth and universe.

Even though it is not a salvation issue, the belief that earth history spans millions of years has very severe consequences. Let me summarize some of these.

The belief in millions of years does not come from Scripture, but from the fallible methods that secularists use to date the universe.

To attempt to fit millions of years into the Bible, you have to invent a gap of time that almost all Bible scholars agree the text does not allow — at least from a hermeneutical perspective. Or you have to reinterpret the days of creation as long periods of time (even though they are obviously ordinary days in the context of Genesis 1). In other words, you have to add a concept (millions of years) from outside Scripture into God’s Word. This approach puts man’s fallible ideas in authority over God’s Word.

As soon as you surrender the Bible’s authority in one area, you unlock a door to do the same thing in other areas. Once the door of compromise is open, even if ajar just a little, subsequent generations push the door open wider. Ultimately, this compromise has been a major contributing factor in the loss of biblical authority in our Western world.

The Church should heed the warning of Proverbs 30:6: “Do not add to His words, lest He rebuke you, and you be found a liar.”

A Christian’s belief in millions of years totally contradicts the clear teaching of Scripture. Here are just three examples:

Thorns. Fossil thorns are found in rock layers that secularists believe to be hundreds of millions of years old, so supposedly they existed millions of years before man. However, the Bible makes it clear that thorns came into existence after the Curse: “Then to Adam He said, ‘Because. . . you have eaten from the tree of which I commanded you, saying, “You shall not eat of it”: Cursed is the ground for your sake. . . . Both thorns and thistles it shall bring forth for you’ ” (Genesis 3:17–18).

Disease. The fossil remains of animals, said by evolutionists to be millions of years old, show evidence of diseases (like cancer, brain tumors, and arthritis). Thus, such diseases supposedly existed millions of years before sin. Yet Scripture teaches that after God finished creating everything and placed man at the pinnacle of creation, He described the creation as “very good” (Genesis 1:31). Certainly calling cancer and brain tumors “very good” does not fit with Scripture and the character of God.

Diet. The Bible clearly teaches in Genesis 1:29–30 that Adam and Eve and the animals were all vegetarian before sin entered the world. However, we find fossils with lots of evidence showing that animals were eating each other — supposedly millions of years before man and thus before sin.

Romans 8:22 makes it clear that the whole creation is groaning as a result of the Fall — the entrance of sin. One reason for this groaning is death — the death of living creatures, both animals and man. Death is described as an enemy (1 Corinthians 15:26), which will trouble creation until one day it is thrown into the lake of fire.

Romans 5:12 and other passages make it obvious that physical death of man (and really, death in general) entered the once-perfect creation because of man’s sin. However, if a person believes that the fossil record arose over millions of years, then death, disease, suffering, carnivorous activity, and thorns existed millions of years before sin.

The first death was in the Garden of Eden when God killed an animal as the first blood sacrifice (Genesis 3:21) — a picture of what was to come in Jesus Christ, the Lamb of God, who would take away the sin of the world. Jesus Christ stepped into history to pay the penalty of sin — to conquer our enemy, death.

By dying on a Cross and being raised from the dead, Jesus conquered death and paid the penalty for sin. Although millions of years of death before sin is not a salvation issue per se, I personally believe that it is really an attack on Jesus’ work on the Cross.

Recognizing that Christ’s work on the Cross defeated our enemy, death, is crucial to understanding the good news of the gospel: “And God will wipe away every tear from their eyes; there shall be no more death, nor sorrow, nor crying. There shall be no more pain, for the former things have passed away” (Revelation 21:4).

All biblical doctrines, including the gospel itself, are ultimately rooted in the first book of the Bible.

The New York Times on November 25, 2007, published an article on the modern biblical creation movement. The Creation Museum/Answers in Genesis received a few mentions in the article. However, I wanted to deal with one statement in the article that the writer, Hanna Rosin, stated concerning the Creation Museum:

“Note particularly the statement: “belief in a young earth is the only way to salvation.” Had the writer done just a little bit of homework, she would have found that not to be true! Even if Christians believe in an old earth (and even theistic evolution), they would know that such a statement is absolutely false. The Bible makes it clear that, concerning Jesus Christ, “Nor is there salvation in any other, for there is no other name under heaven given among men by which we must be saved” (Acts 4:12). When the Philippian jailer in Acts 16:30 asked, “Sirs, what must I do to be saved?” Paul and Silas (in verse 31) replied, “Believe on the Lord Jesus Christ, and you will be saved, you and your household.”

In Ephesians 2:8–9 we are clearly told “For by grace you have been saved through faith, and that not of yourselves; it is the gift of God, not of works, lest anyone should boast.” And Jesus Christ stated “Jesus said to him, ‘I am the way, the truth, and the life. No one comes to the Father except through Me’ ” (John 14:6).

As one walks through the Creation Museum, nowhere does it even suggest that “belief in a young earth is the only way to salvation.” In fact, in the theater where the climax of the 7 C’s walk-through occurs, people watch a program called The Last Adam. This is one of the most powerful presentations of the gospel I have ever seen. This program clearly sets out the way of salvation — and it has nothing to do with believing in a young earth.

So it should be obvious to anyone, even our opponents, that this statement in the New York Times is absolutely false. Sadly, I have seen similar statements in other press articles — and it seems no matter what we write in website articles, or how often we answer this outlandish accusation, many in the press continue to disseminate this false accusation, and one has to wonder if it is a deliberate attempt to alienate AiG from the mainstream church!

I believe that one of the reasons writers such as Hanna Rosin make such statements is that AiG is very bold in presenting authoritatively what the Bible clearly states. People sometimes misconstrue such authority in the way Hanna Rosin has. It is also interesting that people who don’t agree with us often get very emotional about how authoritatively we present the biblical creation view — they dogmatically insist we can’t be so dogmatic in what we present! It’s okay for them to be dogmatic about what they believe, and dogmatic about what we shouldn’t believe, but we can’t be!

In my lectures, I explain to people that believing in an old earth won’t keep people out of heaven if they are truly “born again” as the Bible defines “born again.” Then I’m asked, “Then why does AiG make an issue of the age of the earth — particularly a young age?” The answer is that our emphasis is on the authority of Scripture. The idea of millions of years does NOT come from the Bible; it comes from man’s fallible, assumption-based dating methods. If one uses such fallible dating methods to reinterpret Genesis (e.g., the days of creation), then one is unlocking a door, so to speak, to teach others that they don’t have to take the Bible as written (e.g., Genesis is historical narrative) at the beginning — so why should one take it as written elsewhere (e.g., the bodily Resurrection of Christ). If one has to accept what secular scientists say about the age of the earth, evolution, etc., then why not reinterpret the Resurrection of Christ? After all, no secular scientist accepts that a human being can be raised from the dead, so maybe the Resurrection should be reinterpreted to mean just “spiritual resurrection.”

The point is, believing in a young earth won’t ultimately affect one’s salvation, but it sure does affect the beliefs of those that person influences concerning how to approach Scripture. We believe that such compromise in the Church with millions of years and Darwinian evolution has greatly contributed to the loss of the Christian foundation in the culture.