Can We Trust Science Media? 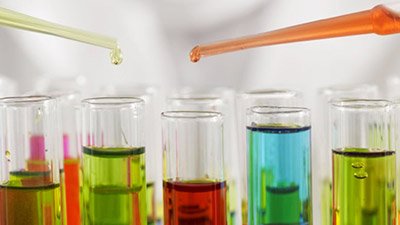 We live in an era in which it is hard to know who to trust. Fake news is the byword of our times, with different news outlets saying polar opposite things about the same occurrences. Public confidence in news organizations is plummeting. Sixty-nine percent of the American public says they have less confidence in the media than they did ten years ago1. Despite this massive decrease, it does not appear to have affected the science media. Pew Research published a poll in March 2019 that showed that an incredible ninety-one percent of the public have at least some confidence in scientists2, yet only sixteen percent3 of Americans can name a living scientist4. This points to a strong cognitive disconnect. Americans are not actually trusting scientists: they are ultimately trusting what the media tells them scientists are saying— in spite of having a general distrust for the media.

Unfortunately for the average American, the scientific media is not much more trustworthy than the rest.

Unfortunately for the average American, the scientific media is not much more trustworthy than the rest. This is illustrated in the recent coverage of a small bird found on the tiny coral atoll in the Indian Ocean called Aldabra. According to the widespread media coverage, the white-throated rail (Dryolimnas cuvieri) on this island was wiped out by a flood over one-hundred-thousand years ago, then the same species somehow re-evolved5,6. These articles were claiming this species had somehow resurrected itself. But this is not what the actual scientific paper had claimed. The paper had claimed it was the same genus, not the same species, and rightly so since they were working with only two bones7. The popular portrayal of this particular study was so egregious it prompted a stern rebuke from noted atheist evolutionist Dr. Jerry Coyne, who maintains a personal blog alongside his scientific publications. He wrote that “the popular press grossly misreported what this finding means, claiming that the same species evolved twice independently. And that’s just not true.”8 It is not often we can agree with Dr. Coyne, but in this instance, he is quite correct.

Another public example of this sort of absurdity showed up in a headline that read “NASA was able to recreate the ‘origins of life’ and the results are shocking.”9 While the headline made bold claims, the actual paper does not claim to have recreated the origin of life10. In fact, if you read deep enough into the popular science article, it admits that no life was formed. Yet the title is formulated to get people to click on it more than to accurately portray the information it contains, starting with the headlines.

Yet another example that captured the scientific media’s attention came from ichthyosaurs (an extinct marine creature). A study claimed that at least one ichthyosaur fossil had blubber, and the science media immediately announced to the world that ichthyosaurs were warm-blooded11. New Scientist was particularly misleading, titling their article “Fossil blubber shows ichthyosaurs were warm blooded reptiles.”12 The headlines left out one tiny detail: blubber does not always equal being warm-blooded. As the scientific paper points out, there are living cold-blooded reptiles today, the leatherback turtles, that have blubber13. While this fact is mentioned within the science articles, the title of this and other popular science articles are incredibly misleading.

To drive the point home, here is another example. An article discussing a newly described species of insect that made the claim that it could be a survivor from the Ice Age14. Yet the research paper makes no such claim. In fact, it appears to claim the insect colonized their current habitats after the glaciers retreated15. This is the exact opposite of what was portrayed by the media for public consumption.

Why Does the Misinformation Happen?

To be fair to the science journalists, it is not always their fault.

To be fair to the science journalists, it is not always their fault. They may not have access to the paper itself or may not be properly equipped to understand the contents of a given paper and may rely on the press release about such paper. Unfortunately, press releases are not always accurate or unbiased. For example, going back to the rails discussed at the beginning of this article, the press release makes the claim that the same species evolved twice16, something that Coyne pointed out is not the case17. Further, journalists often are paid to generate traffic to their websites, so some “clickbait” headlines are inevitable. However, there is a proliferation of articles with false reporting, beyond a mere “clickbait” issue.

As you can see in the appendix, in the time between December 2018 and May 2019, Answers News, AiG’s twice-a week live news program, covered thirteen of the fourteen articles listed where the public was presented with misleading or false information. The list is hardly exhaustive. Keep in mind that Answers News does not exclusively cover science articles, and only has enough time to cover about 15 articles a week, about half of which relate to the state of our culture. The fact that in a six-month period Answers News covered this many articles where the popular science articles misrepresented what was in the research paper is disturbing.

Trust Is the Issue

Much of what is published in the scientific media is just as skewed and misrepresented as what is presented in the rest of the media.

Clearly, there is an issue here. While many Americans, rightly, do not trust the media, they do not seem to apply healthy scrutiny to the science media. As this article has demonstrated, skepticism of the scientific media is warranted. Much of what is published in the scientific media is just as skewed and misrepresented as what is presented in the rest of the media. Berean principles apply to more than theology. Christians especially should do independent research about each new spectacular claim. As the old saying goes, if it seems too “good” to be true, it probably is.

These problems do not exist in a vacuum. Journalists are not neutral. In fact, no one is. Everyone brings a worldview to the facts. Given that, according to a 2011 Pew Research Poll, only 8% of national journalists attended a religious service (note, not necessarily a church) on a weekly basis, in most cases, their worldview will not align with the Bible18. Unfortunately, because of this worldview, many journalists are more than willing to manipulate the facts to fit with their bias. We at Answers in Genesis have a worldview as well. The difference between the mainstream journalists and us is we freely admit to having a worldview. We do our best, both on Answers News and in the rest of our content, to expose the biases of the secularists and present the scientific information accurately within the Biblical worldview. As with anything else, what we say ought to be compared to the Bible to “see if these things were so.” (Acts 17:11)