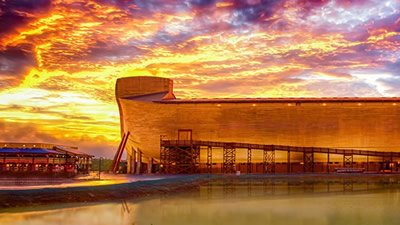 Well, we never get bored in this ministry!

So how could an insurance claim about a landslide on a small section of the Ark Encounter property (an 800-acre property) lead to us being once again accused of “child abuse”? It’s intriguing.

And over time, most of the stories grew more bizarre and outlandish.

Many of you will recall that in May, a fake news story about the Ark (with varying elements of truth) was disseminated by newspaper articles and TV news reports around the world. And over time, most of the stories grew more bizarre and outlandish.

Of course, secularists took up these stories and published their own fake news reports—fake news upon fake news. It was actually amazing to see. And all of this resulted from an event that began two years ago on the Ark Encounter property but had nothing to do with the actual Ark itself! (That’s a whole other story involving an insurance claim we made.)

One consequence of all this was an upsurge in secularists taking advantage of worldwide publicity to once again attack me, the Ark Encounter, Creation Museum, and Answers in Genesis on social media and in various articles. And once again, they falsely accused us of taking money from the state of Kentucky to fund the Ark. Why not bring up even more fake news!

And of course, as expected, these secularists, as they’ve done many times before, accused us of destroying children’s lives because of what is taught through AiG resources and exhibits at the attractions. One of the articles about this fake news item stated:

Preventing children from learning the truth about the world, like teaching children that creationism is an acceptable scientific explanation for the diversity of life on Earth, or that humans and dinosaurs existed on earth at the same time, is a form of child abuse.1

So this month, I decided to share with you what children/young people themselves think of this so-called “child abuse” they receive from AiG. I would love to share all the correspondence we receive from children/young people—or about all the kids we hear about who are impacted by the AiG ministry—but that’s not practical. But I can share with you some highlights of recent testimonies that I believe will greatly encourage you in the midst of this increasingly anti-Christian culture we live in.

I would love to share all the correspondence we receive from children—or about all the kids we hear about who are impacted by AiG—but that’s not practical.

Rather than just quote correspondence, I’ve tried to let you see an actual item. Oh, and the fact that we receive such worldwide publicity and mocking highlights the fact that the secular world hates what AiG, the Creation Museum, and the Ark Encounter are doing to impact the world with the truth of God’s Word and the gospel. Actually, I’d be worried if the world were ignoring us!

Over the years, we have had many children visit our attractions through the Make-A-Wish Foundation (and similar organizations). We provide these people with a tour guide and give them VIP attention. As an example of the responses we receive, here is part of an email from the mother of 6-year-old Josiah, who visited through the Make-A-Wish Foundation:

Our time with y’all was just such a sweet fellowship of encouragement and love.

There was one moment when I was rolling Josiah through a room with many different pictures. He wanted me to read every word, and he guided his finger under every sentence as I read. There was a group of older people there all listening as we walked and read. We got to the part where the Ark rested, and Josiah, who had been sitting and listening so contentedly, spoke up and said, “On Mt. Ararat!” loud and clear.

Everyone who was listening all stopped and wowed at his sweet knowledge, and he was so proud. I didn’t even know he had retained this info from our reading of the bible. So very awesome.

Another moment we had was when our friend Mr. Mitch took him on a walk in the garden. Josiah said to Mr. Mitch, “They made my wish come true.” Mr. Mitch said, “What was that?” Josiah said, “I got to see God’s Ark, play with my friends, and go camping.”

He also said upon seeing the Ark for the very first time walking up, “WOOOOOOW, GOD’S ARK IS GINORMOUS” (which is a ginormous word for him).

Thank you again for everything, but most importantly, thank you for sharing God’s love with our family. You have left life-changing impressions on each of our lives. 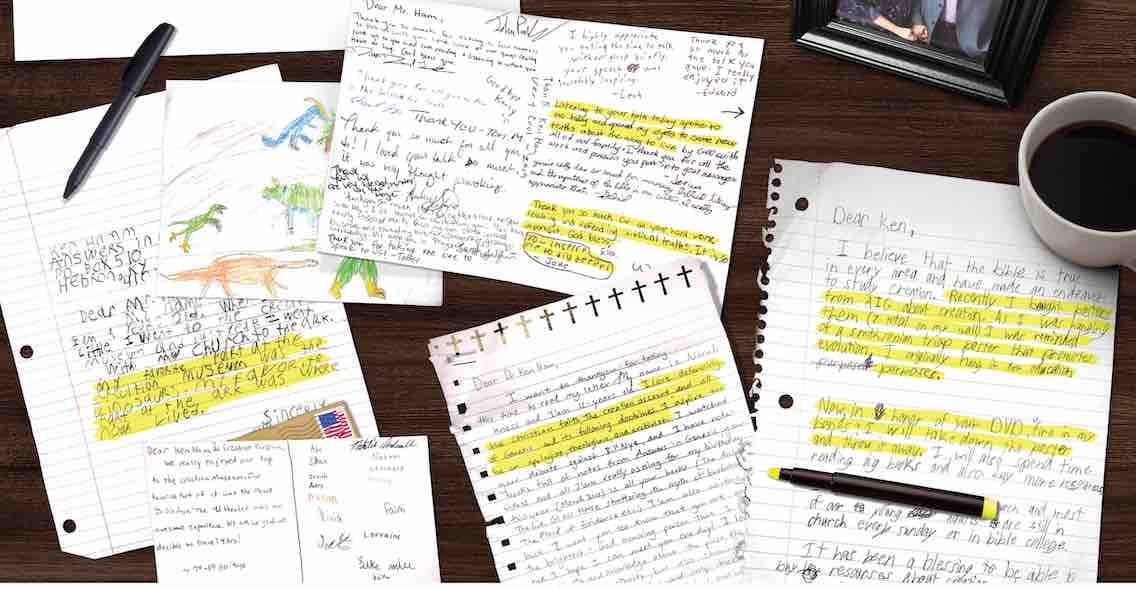 A sampling of many sweet notes from our young friends.

God has a large remnant and is raising up many in the coming generations to stand boldly for him and to defend his Word.

Well, there is so much more I could share. But the above illustrates the true nature of the “child abuse” children/young people receive through AiG. I hope you’ll be encouraged that the above is just the tip of the iceberg. God has a large remnant and is raising up many in the coming generations to stand boldly for him and to defend his Word.

Thank you for your prayers and support as we reach millions of kids/youth through our attractions, website, VBS, curricula, resources, and speakers with the good news of the gospel.