Was Either Matthew or John Color Blind? 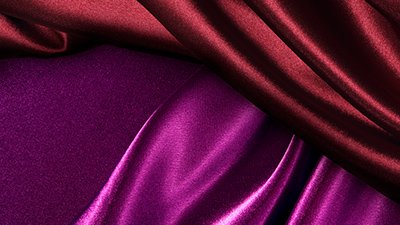 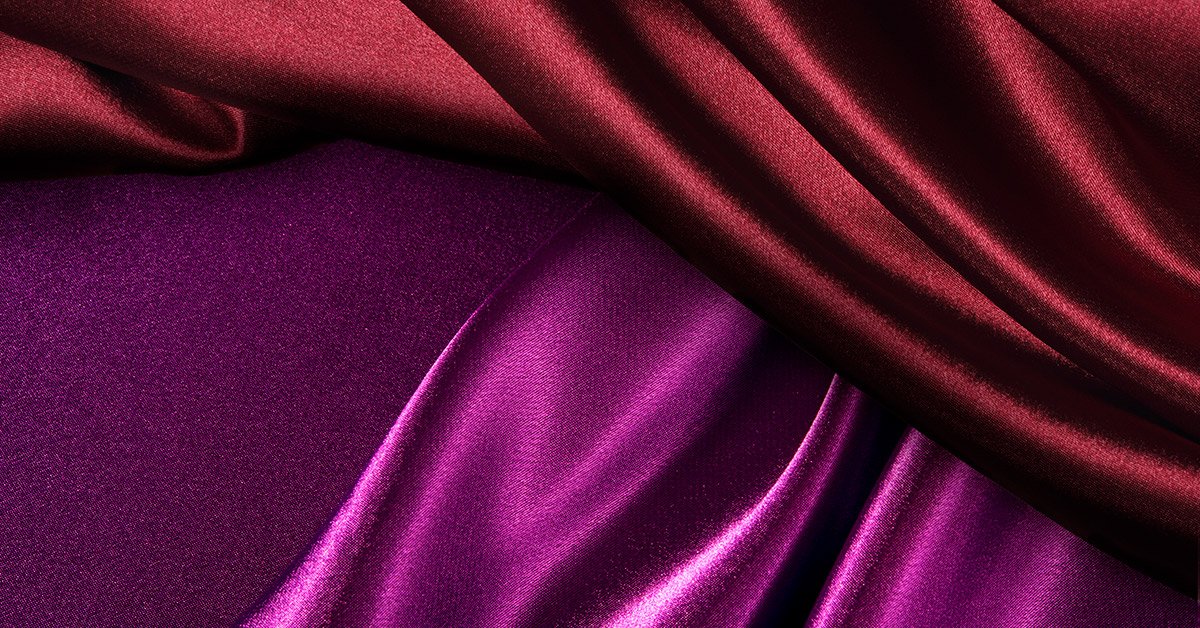 An alleged Bible contradiction is claimed for Matthew 27:281 and John 19:2. During the trial of Jesus, he is mentioned as either wearing a scarlet (Matthew) or a purple (John) robe. Some skeptics have even labelled this as the “color-blind” contradiction, but of course there are no true Bible contradictions, and these passages are no exception. To further compound this issue, Luke mentions that Jesus also had a “gorgeous” robe (Luke 23:11) put on him. Greek lampros is usually translated as brilliant, splendid, or white, so do we have a white robe to deal with as well? Were the Gospel writers all confused? Hardly. We know that Scripture is inerrant, and upon closer examination, there is a logical (but cruel and brutal) reason for the many robes that Jesus wore during the trials prior to his Crucifixion.

There is no doubt that the Greek words in the two passages are different.

There is no doubt that the Greek words in the two passages are different. It is not a matter of an English version translating the same word two different ways. In Matthew 27:28, the Greek word is kokkinos from the root word kokkos which means “kernel.” In ancient times, the eggs of a female insect, the “kermes” (resembling the cochineal), were collected and pulverized to produce a red pigment which was used in dyeing.2

In John 19:2, the robe is mentioned as being purple. The word translated as “purple” is the Greek word porphuroun from the root word porphura, which was a species of mussel that produced a purplish pigment used in dyeing clothes.3

Some have tried to brush away the apparent contradiction by claiming that perhaps the robe mentioned in Matthew 27:28 and John 19:2 was burgundy in color and so could appear redder to one viewer and more purple to another, depending on the ambient light or distance. Therefore, some commentators have thought that John and Mark (Mark 15:17–20) reckoned the robe to be purplish in color, while Matthew reckoned it to be redder in color. This would solve any apparent contradictions, but this “solution” seems to be contrary to the Greek word choice in each Gospel. It is clear from the Greek terms used in Matthew, Mark, and John that a distinct color is meant, one scarlet and the other purple. Additionally, Matthew and John used different words to describe the garment itself (chlamus and himation,” respectively).

To understand the robes, it is important to keep in mind the sequence of events. Jesus was arrested in Gethsemane and brought first to Annas (John 18:13). He was then taken to the Sanhedrin at night where he was questioned by Caiaphas, beaten, then blindfolded and struck on the face (Matthew 26:57–68). At dawn, the council of chief priests and elders made the decision to put him to death (Matthew 27:1), then they bound Jesus and led him away to Pilate. Pilate interviewed Jesus once, found out he was from Galilee, and sent him away to Herod (Luke 23:7). Herod hoped Jesus would perform some miracles in his presence. When Jesus refused, Herod and his soldiers put a splendid, gorgeous white robe (probably to mock his innocence) on Jesus and then belittled him. Herod then sent him back to Pilate (Luke 23:8–11).

When Jesus returned to Pilate’s jurisdiction, the soldiers stripped him of his white robe (if it hadn’t already been removed by Herod) and the rest of his clothes in order to scourge him. Before scourging Jesus, the soldiers mocked him in front of the whole garrison (Matthew 27:27). After the scourging left his flesh in shreds, the soldiers put a scarlet robe on him (Matthew 27:28). The scarlet robe (the word robe here is a translation of the Greek chlamus) was likely a cloak worn by the Roman governors, generals, and other distinguished officers of the Roman army. It was made to be placed on the shoulders and was bound around the body so as to leave the left arm free to hold a shield and the right arm at liberty to wield a sword.4 This red robe may have been placed on Jesus as a mockery of Christ’s physical weakness after such beating and abuse.

The purple robe was an ultimate form of mockery by soldiers who wished to make fun of someone claiming to be a king but was in such a pitiful state.

Then it appears that some of the soldiers had a sadistic idea come to them. They decided to make a crown out of thorns. One of the soldiers likely was present when Pilate asked Jesus if he was the King of the Jews, which Jesus answered affirmatively (Matthew 27:11–12). What would you clothe a king in? A purple robe, the color of royalty, and a crown. It is probably at this time that the scarlet robe was taken off Jesus, probably to allow them to put the purple robe on but also to reopen the wounds. The crown of thorns and then the purple robe were put on Jesus. The purple robe was an ultimate form of mockery by soldiers who wished to make fun of someone claiming to be a king but was in such a pitiful state. Some commentators believe that the purple robe (the word robe here is a translation of the Greek himation) was a mantle, put on top of the scarlet robe or that the scarlet robe may have been taken off and then put back on top of the purple robe as a cloak or tunic.5 It is worth noting that Matthew mentions the scarlet robe being put on Jesus, but when he later says the robe was taken off, he does not restate that it was a scarlet robe (Matthew 27:31).

If we view the relevant Scripture texts in a chronological order, with some explanatory text inserted for clarity (as is done below), it is easy to see that there is no contradiction in Scripture regarding what color robe was put on Jesus: he had possibly a white robe, then both a scarlet robe and later a purple robe put on him. The Romans had perfected both physical and psychological torture, and many took great delight in sadistic abuse of anyone they deemed a criminal or insurrectionist.

Then Herod, with his men of war, treated Him with contempt and mocked Him, arrayed Him in a gorgeous [probably white] robe, and sent Him back to Pilate (Luke 23:11).

Then he released Barabbas to them; and when he had scourged Jesus, he delivered Him to be crucified. Then the soldiers of the governor took Jesus into the Praetorium and gathered the whole garrison around Him. And they stripped Him and put a scarlet robe on Him (Matthew 27:26–28).

Some time elapsed as the soldiers mocked Him. They stripped off the scarlet robe and put on a purple one, probably to reopen wounds since blood had clotted to the robe. It is also possible that they just put the purple robe over the scarlet one.

And the soldiers twisted a crown of thorns and put it on His head, and they put on Him a purple robe (John 19:2).

Red was the color of a soldier; purple was the color of a king or emperor. It seems most likely then that after the soldiers tired of mocking Jesus’ physical weakness, they started mocking his claims of kingship, which they had heard him claim to Pilate (in Matthew 27:11–12 and John 18:37).

When they had twisted a crown of thorns, they put it on His head, and a reed in His right hand. And they bowed the knee before Him and mocked Him, saying, “Hail, King of the Jews!” Then they spat on Him, and took the reed and struck Him on the head (Matthew 27:29–30).

Pilate then went out again, and said to them, “Behold, I am bringing Him out to you, that you may know that I find no fault in Him.” Then Jesus came out, wearing the crown of thorns and the purple robe. And Pilate said to them, “Behold the Man!” Therefore, when the chief priests and officers saw Him, they cried out, saying, “Crucify Him, crucify Him!”  . . . Pilate said to them, “Shall I crucify your King?” The chief priests answered, “We have no king but Caesar!” Then he delivered Him to them to be crucified. So they took Jesus and led Him away (John 19:4–16).

And when they had mocked Him, they took the robe off Him, put His own clothes on Him, and led Him away to be crucified (Matthew 27:31).

The solution to the apparent contradiction is that there were two or three robes, not one.

When looking at the passages grouped together, there is no contradiction. Matthew and John both use Greek words which denote not just the color, but the process which gives the dye that color. Then when Matthew mentions the robe being taken off Jesus (Matthew 27:31), he purposefully does not specify the color, which removes the basis for claiming this to be a contradictory account. It also removes the skeptical claim of “color-blindness” as the words for and processes to obtain the colors are quite different. The solution to the apparent contradiction is that there were two or three robes, not one. Finally, the passages confirm and further illuminate the cruelty and sadistic pleasure that the Roman guards took in humiliating prisoners. Yet all of this mistreatment and abuse, both physical and emotional, were prophesied 700 years earlier by the prophet Isaiah concerning Jesus.

He is despised and rejected by men, A Man of sorrows and acquainted with grief. And we hid, as it were, our faces from Him; He was despised, and we did not esteem Him. Surely He has borne our griefs And carried our sorrows; Yet we esteemed Him stricken, Smitten by God, and afflicted. But He was wounded for our transgressions, He was bruised for our iniquities; The chastisement for our peace was upon Him, And by His stripes we are healed (Isaiah 53:3–5).