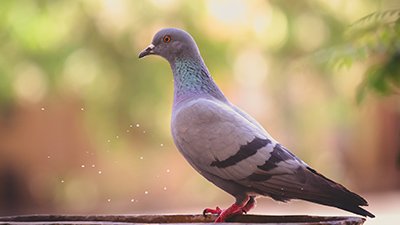 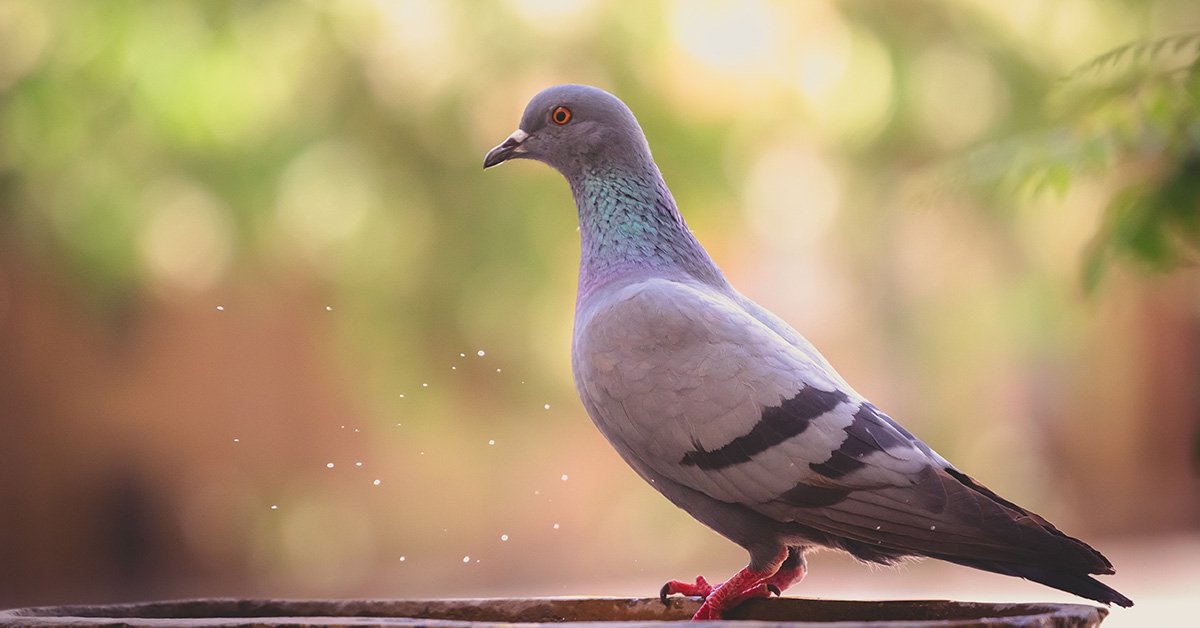 A recent study looked at the colors of lice on the feathers of numerous varieties of pigeons. According to the authors, the study was proof of evolution: “To our knowledge, this is the first real‐time demonstration that microevolution is fast enough to simulate millions of years of macroevolutionary change.”2 One of the coauthors of the paper, in a statement discussing the work, went even further: “People have been trying to bridge micro- and macro- evolution for a long time. This study actually does it. That’s a big deal.”3 However, despite their protestations to the contrary, this study does not demonstrate macroevolution or even any evolution at all.

According to the evolutionists themselves, macroevolution “encompasses the grandest trends and transformations in evolution, such as the origin of mammals and the radiation of flowering plants.”4 The late Ernst Mayr, a well-known and respected evolutionist wrote, “The classical view of macroevolution held by Darwin and the majority of paleontologists up to the present day is that species in the course of their gradual evolution in time change to such a degree that they will become different genera, or taxa of still higher rank, and acquire in the process all the adaptations and specializations of the world of organic diversity.”5 In other words, macroevolution describes the process that generates new basic types of organisms, such whole new families or phyla.

The pigeon lice study was conducted over four years and involved populating two separate groups of pigeons with lice. The pigeons were either light or dark colored, and both the control and experimental groups had an equal number of each color. The control group had a special device inserted in their beak that prevented each bird from preening its feathers but still allowed it to feed and otherwise live a normal life. The researchers cleansed each pigeon of lice and lice eggs prior to the experiment, then populated each pigeon with equal numbers of light and dark color variants of the same species of lice. At the end of the four-year study, the researchers assessed how many lice of each color variant were on each pigeon.

Unsurprisingly, the pigeons that were unable to preen showed no difference in the number of light or dark lice. However, the pigeons that were able to preen showed a remarkable difference in the colors of lice. The dark-colored pigeons were mostly covered in dark-colored lice, and the light-colored pigeons had light-colored lice. While this is a fine example of natural selection at work, natural selection is not evolution.

That Word Does Not Mean What They Think It Means

The researchers tout this as an example of macroevolution in action. It appears they are not familiar with their colleagues’ own definition of macroevolution. Mayr defined it as the formation of new types that are at least at the genus level, usually higher on the Linnaean classification system. These researchers did not even produce a new species, let alone a higher-level taxon. Apparently, evolutionists can change word meanings to suit their purposes with impunity.

Natural selection acted on these lice populations, through the pigeons preening, and weeded out the ones that were not camouflaged.

Even if the researchers had produced a new species during their experiment—which they didn’t—they still would not have proved molecules-to-man evolution, or any other form of evolution for that matter. The lice remained lice. Natural selection acted on these lice populations, through the pigeons preening, and weeded out the ones that were not camouflaged. No new information was introduced into the lice. Existing information was simply selected for or against, depending on the color of the pigeon. In fact, this represents an information loss from the original populations of lice on each pigeon, which were equally dark and light.

This lack of new information is a universal problem with claims of evolution. No reasonable person denies that populations of organisms undergo changes in response to their environment, but these changes are limited by the amount of information that was in their genome to start with. In fact, claiming that natural selection proves molecules-to-man evolution, which is essentially the claim made by Dr. Clayton, is an example of an unsubstantiated assertion. Not even all evolutionists accept that molecules-to-man evolution is the same as natural selection yet it is trotted out for public consumption as absolute fact.6

In a biblical sense, the changes undergone by these lice make perfect sense. In the beginning God created different kinds of organisms. Being that these lice are found on birds, they could have been made on day five with the birds (though they would have been symbionts, not parasites, before the fall), or they would more likely have been made on day six with the land animals. In either case, they were created to reproduce “after their kind” (Genesis 1:21, 24). The original kinds were broad reproductive groupings with a large amount of available variation to enable them to “be fruitful” and “fill the earth.” Therefore, changes within these broad groupings, such as the louse kind, would be expected. Color changes are not a problem for the creation model. They are expected to vary within the kind.

When the actual facts are considered, rather than the hype surrounding this study, they make a wonderful demonstration of natural selection.

When the actual facts are considered, rather than the hype surrounding this study, they make a wonderful demonstration of natural selection. However, this does not demonstrate evolution: The information for both colors was already in the gene pool of the lice population and even remained in the overall population at the conclusion of the study. As the lice reproduced, the ones that did not match the background were quickly picked off and killed, while the camouflaged ones were not as easily seen and picked off. In fact, these researchers are using a twisted definition of macroevolution (molecules-to-man evolution) in an attempt to provide support for their dogma. These lice underwent no evolution, nor did individual lice change at all. Each population of lice lost information as the frequency of the noticeable color decreased. This kind of downward, loss of information change does not help propel evolution upward. If that is the best proof of evolution that the evolutionist can muster, they might want to consider looking for a better explanation for the variation in life: perhaps the biblical model? After all, the biblical model expects variation within a broader group, which is exactly what these researchers demonstrated.