Water in Your Lungs—What a Relief 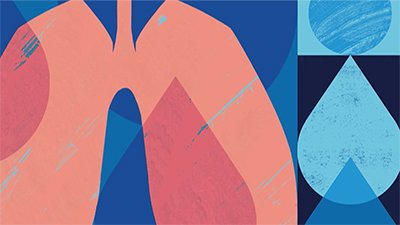 Then the LORD God formed the man of
dust from the ground and breathed into
his nostrils the breath of life, and the man
became a living creature. (Genesis 2:7)

Have you given any thought to
your breathing lately? Imagine
if the Lord gave us everything
we needed to breathe but left us in
charge of our breathing. What a dreadful
life that would be, having to think
about every breath we take! Just for
starters, we wouldn’t dare fall asleep.
Amazingly, our breathing muscles are
under voluntary control, just like the
muscles we use to move our arms and
legs; but when we don’t think about
breathing, it continues automatically.

We inhale air by means of muscles
between our ribs (intercostal muscles)
and primarily by a large dome-shaped
muscle under the lungs called the diaphragm.
When the intercostal muscles
contract, they elevate our sloping ribs
much like partially lifting the handle
of a pail. This increases the size
of our chest cavity and expands the
lungs. When the diaphragm muscle
contracts, it flattens a bit, increasing
the vertical size of the chest cavity
and thus expanding the lungs. Exhaling
air generally doesn’t require much
muscular help because the lungs contain
a special elastic tissue that makes
them collapse when not held open.

For our lungs to expand and contract
during breathing, they must somehow
be attached to our chest cavity and
diaphragm yet slip effortlessly against
these surfaces. This is accomplished
by a thin layer of watery liquid called
pleural fluid between the lungs’ outer
surface and the chest cavity lining.
Pleural fluid serves both as a lubricant
and as an attachment by means of surface
tension. Pleural fluid is over 90%
water, which has a high surface tension.
It is the surface tension of water
that causes wet sheets of glass to stick
together and permits water strider
insects to walk on water.

When we bring air into our lungs, it
passes through a complex branching
system descriptively called the respiratory
tree. The trunk of this tree is the
trachea, which branches into the left
and right bronchi supplying the two
lungs and in turn branching into many
smaller tubules called bronchioles. The
air’s final destination is about 300 million
tiny sacs called alveoli. Although
the size of each alveolus is only about
three times the diameter of a human
hair, their total surface area in the adult
measures about 750 square feet (70 m2)!
It’s in the incredibly thin walls of these
microscopic alveoli where oxygen and
carbon dioxide are exchanged between
blood capillaries and air.

Two types of cells line the walls of
the alveoli, separating the air from the
blood capillaries. The type one alveolar
cell is very flat and thin and lines most
of the surface of the alveoli. These
cells are covered with a thin layer of
water that keeps them from drying out
and dying. The surface tension of this
thin water layer, however, would cause
the alveoli to collapse were it not for
the type two alveolar cell that secretes
a chemical called surfactant to reduce
surface tension. Babies who are born a
couple months premature have great
difficulty breathing because they lack
the ability to make sufficient surfactant.
Surfactant replacement therapy
has helped to ensure the survival of
many of these early arrivers.

We can all breathe a sigh of relief,
knowing that God worked out all the
details in our lungs—even the details
we never think about such as automatic
breathing, lung lubrication, and
surfactant to reduce surface tension.

Now that you understand the importance of the
surface tension of water and surfactants in our lungs,
you and your children or grandchildren might enjoy
doing some fascinating experiments with water and
common chemicals that reduce surface tension, such
as dish and laundry detergent or soap. The surface
tension of water results from the fact that water
molecules are polar, like magnets, and attract one
another. Water molecules cling to one another most
strongly at their surface with air forming sort of a
“skin” that can support the weight of small things that
are heavier than water.

Float a small piece
of tissue paper in
a glass of water
and then gently
place a sewing
needle or even a
small paperclip on
the tissue. Now
carefully push the
paper down into
the water leaving
the steel pin or
paperclip to float on
the surface tension
of the water. Add
a drop of soap or
detergent to the
water, and the pin or
clip will quickly sink. 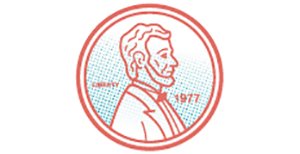 Place a clean
penny on a saucer
and gently add
drops of water
to the top of the
penny. How many
drops does it take
before the bulging
water spills off
the penny? 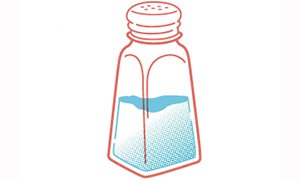 Fill a plate or bowl
with water but
not to the brim.
Sprinkle ground
black pepper
onto the water
surface. Now add
a touch of soap
to the center of
the water. What
happens to the
pepper and why?

Dr. David Menton holds his PhD in cell biology from Brown
University and is a well-respected author and teacher. He is
professor emeritus at the Washington University School of
Medicine in St. Louis.