Fifth Anniversary of the Debate Watched by Millions 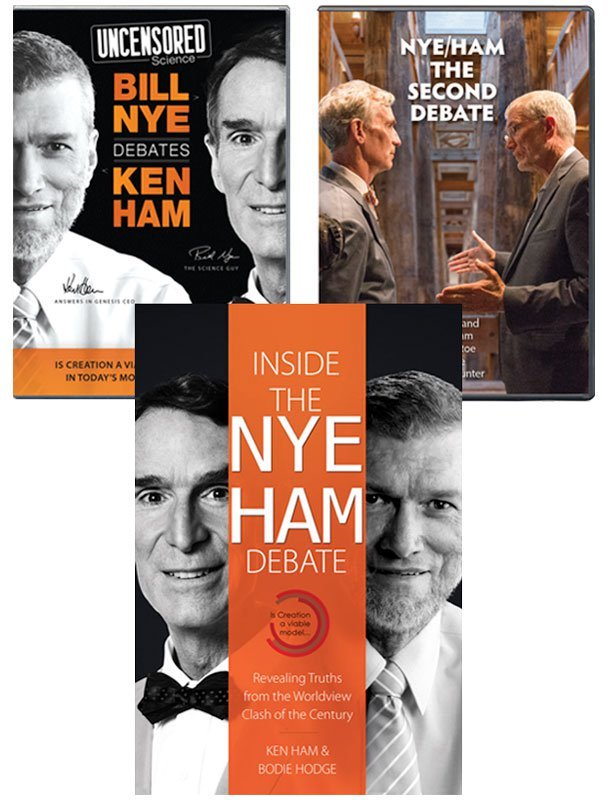 The tickets to come and watch the debate live in our 900-seat auditorium, Legacy Hall at the Creation Museum, sold out in two minutes, so we knew people were certainly interested! And they definitely were—it’s estimated 3-4 million people tuned in to watch the debate live! And an estimated 20-plus million have watched it altogether.

No matter where I go, I hear feedback from people telling me that they watched the debate and it challenged or equipped them, that they enjoyed it, or that they were able to use it to witness to others. I hear from many young people who say they appreciated it and it helped embolden them to share the gospel with others. Many times I even have people who have never heard of Answers in Genesis approach me at airports asking if I’m that guy who debated Bill Nye. I’m amazed at how, even five years later, I am still hearing from so many people who just can’t stop talking about the debate. It’s humbling to hear how God used this event to impact so many people across the US and around the world.

In honor of the fifth anniversary, we’re offering a debate resource pack at a discounted price through the end of the month. Enjoy the full, uncut DVD of the debate, a DVD of the “second debate” that took place when I led Bill through the Ark Encounter, and my book, coauthored with Bodie Hodge, Inside the Nye/Ham Debate that provides answers to every one of Bill’s skeptical questions and assertions. During this anniversary month, this pack is over 50% off so be sure to take advantage of the savings for yourself or others you know. You can order this pack from our online store at AnswersBookstore.com.

You can also watch the entire, uncut debate on YouTube (where it’s garnered over 7 million views).

This special anniversary was discussed on Answers News by co-hosts Avery Foley, Bryan Osborne, and, our new addition to the show, Dr. Gabriela Hayes, a paleontologist from Brazil. Answers News is our twice-weekly news program filmed live before a studio audience here at the Creation Museum and broadcast on my Facebook page and the Answers in Genesis Facebook page. The Answers News team also discussed the following topics:

Watch the entire episode of Answers News for February 4, 2019.