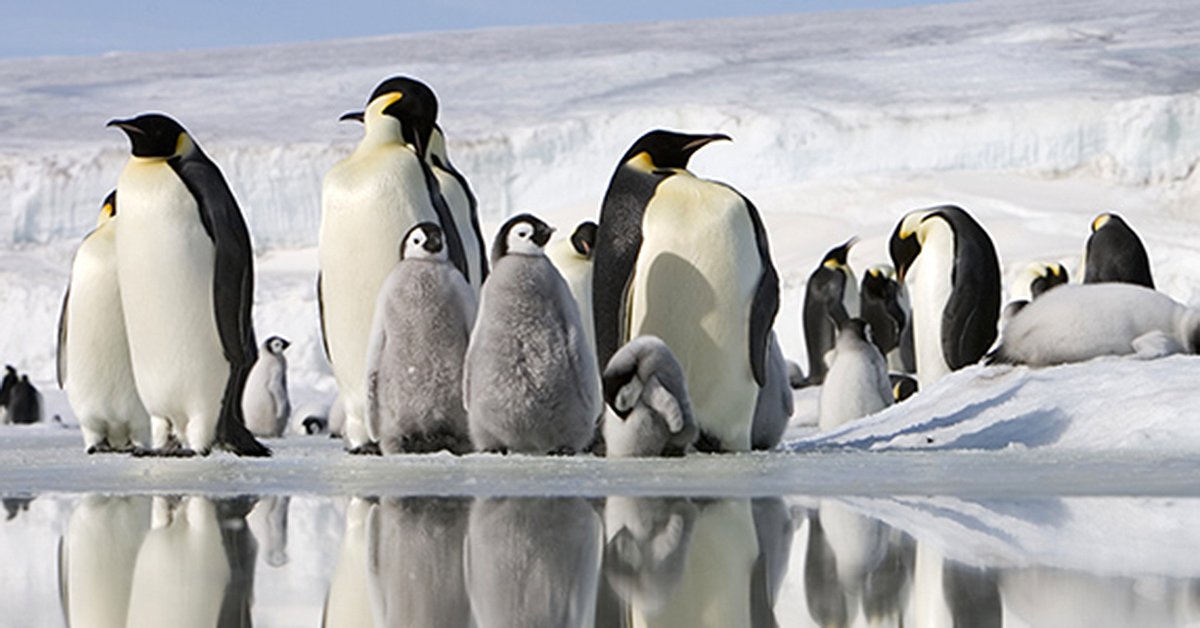 Penguins are one of the most mysterious bird species to evolutionary biologists. What other bird was built specifically for—not flying—but deep-sea swimming? Unlike other birds, penguin wings are designed for flying through water, not air, as it escapes predators and hunts for krill and other seafood.

Evolutionists have a hard time explaining such a creature, especially since there is no agreed-upon ancestor. “Due to the incomplete fossil records, the precise evolution of penguins is not yet understood,” said evolutionist Fusae Kudo.1 They ponder whether penguins descended from flying birds or if their ancestors were already non-flyers—and why would a flying bird lose the ability to fly only to gain the ability to swim?2

Penguin wings are substantially flattened compared to their flying counterparts. This makes the wings incapable of supporting the bird in the air but perfect for navigating dense water. Because the oldest penguin fossil is very similar to modern penguins, evolutionists conclude that penguins must have evolved fairly early in the evolutionary timeline. A far more reasonable assumption would be that God created penguins to function just as they do in today’s world, as their own created kind.3

Because the oldest penguin fossil is very similar to modern penguins, evolutionists conclude that penguins must have evolved fairly early in the evolutionary timeline. A far more reasonable assumption would be that God created penguins to function just as they do in today’s world, as their own created kind.

2. Their Fashion Is Functional Too

Penguins’ tuxedo bodies made them perfect comic choices for the famous cartoon scene in Disney’s 1964 Mary Poppins. They waddle out like top-notch British waiters eager to serve cakes and tea. But those fancy feathers have several functions; Aside from helping the birds with insulation, their sleek black backs and white bellies also help them camouflage as they soar through the water so that their predators—mostly seals—might not see them.

3. Penguins Don’t Only Live in the Antarctic

Though most people associate them with Antarctica, most penguins populate the Southern Hemisphere around the shores of Australia, New Zealand, South Africa, and South America. Only the emperor and the adélie nest exclusively on Antarctica. The Galapagos penguin, which nests in the Galapagos Islands, is the only penguin to live as high as the equator. Evolutionists don’t even have a consensus on why penguins are restricted to the southern hemisphere.4,5

Most penguin species swim four to seven miles per hour. That doesn’t sound all that fast until you consider that most Olympian swimmers average about five miles per hour. Michael Phelps hit his top speed at six miles per hour in 2010. However, the winning swimmer is the Gentoo penguin, which can swim up to 22 miles per hour!

5. Some Penguin Species Are Endangered

One reason for Penguin Awareness Day is to draw attention to penguin endangerment. Some of the most endangered species are New Zealand’s yellow-eyed and erect-crested penguins and the Galapagos penguins.6

Since their discovery by 15th century explorers, scientists have named up to 32 extinct penguin species and roughly 17 to 20 living species. Sadly, because God cursed the earth for our sin, we can expect death and suffering for both humans and animals. While we must follow God’s command to steward the earth (Genesis 1:26–30), we should also expect changes and losses as a result of the fall of man, remembering that God is sovereign over his creation.

6. Evidence of God’s Creativity and Pleasure

There’s no more mystery to our modern-day penguins than there is to any other bird we see. God created penguins on Day 5 of creation week when he created birds of the air and fish of the sea. Penguins show God’s creativity and diversity in design. He created them with a large gene pool to diversify and the ability to adapt to new environments following the flood.

God delights in his creation and called all of it “good” in the beginning. We can still delight in his handiwork today and enjoy his fun, flightless penguins!