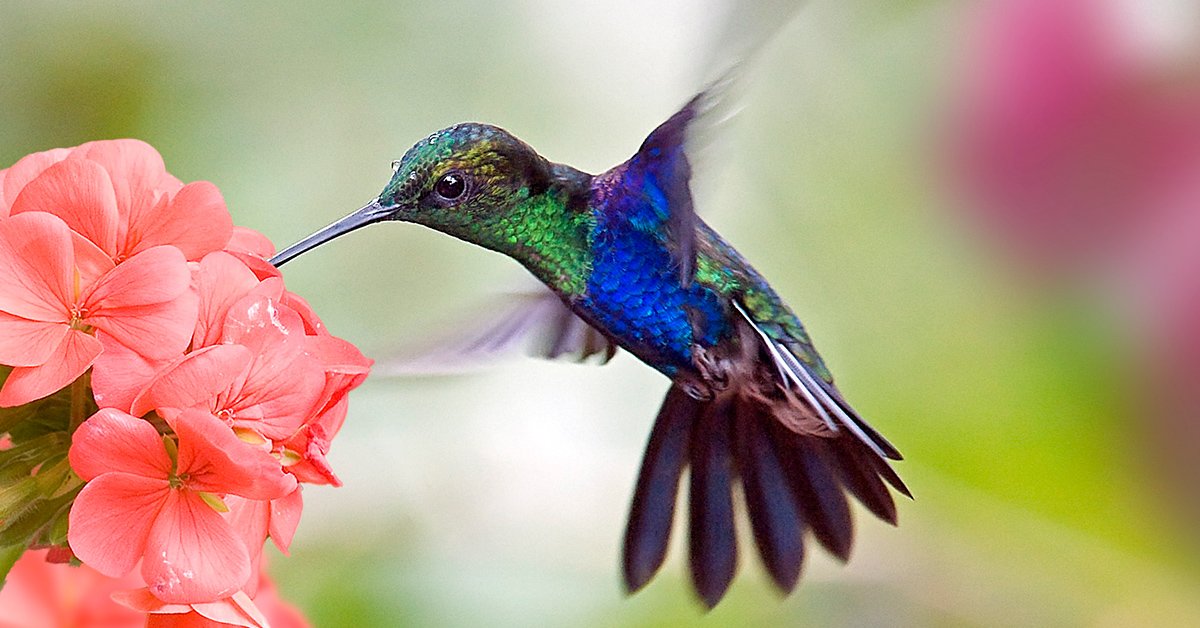 Worthy are you, our Lord and God, to receive glory and honor and power, for you created all things, and by your will they existed and were created. (Revelation 4:11)

(By the way, don’t you like how knowledgeable I am about hummingbirds? Well, actually I sent the photo to Peter Schriemer. He is hosting our fantastic creationist nature program called “Hike and Seek.” It can be watched on our streaming platform Answers.tv. Peter makes me look good!)

Hummingbirds are beautiful examples of God’s incredible creativity. Creationists, and others, have long highlighted their remarkable design, such as their ability to hover and fly backwards. (For example, see “Hummingbirds—Avian Acrobats of the Americas” from our Answers magazine.) But there’s more to hummingbirds than just their lovely colors and eye-catching flight abilities. According to a new study, hummingbird eyes can see colors that we can only imagine—so much so that one researcher said humans are “colorblind” in comparison.

A popular science article summarized the new study this way:

While humans have three color cones in the retina sensitive to red, green, and blue light, birds have a fourth color cone that can detect ultraviolet light. A research team trained wild hummingbirds to perform a series of experiments that revealed that the tiny birds also see combination colors like ultraviolet+green and ultraviolet+red.

This means hummingbirds can see “nonspectral” colors (the researchers believe other creatures such as other birds, fish, reptiles, and maybe even dinosaurs could also see this way, but the study was done with broad-tailed hummingbirds).

Another researcher said, “The colors that we see in the fields of wildflowers at our study site, the wildflower capital of Colorado, are stunning to us, but just imagine what those flowers look like to birds with that extra sensory dimension.”

Of course, the authors must tie evolution in, ending by stating that this ability evolved early in vertebrates. But this complex ability didn’t evolve by chance random processes. Just because various vertebrates share a similar trait (four color cone types) doesn’t mean they share a common ancestor. Rather, it points to a common Designer whose fingerprints are all over his creation—including in the eyes of hummingbirds.

This item was discussed yesterday on Answers News with cohosts Avery Foley, Dr. Jennifer Rivera, and Tim Chaffey. Answers News is our weekly news program filmed live before a studio audience here at the Creation Museum and broadcast on my Facebook page and the Answers in Genesis Facebook page. We also covered the following topics: