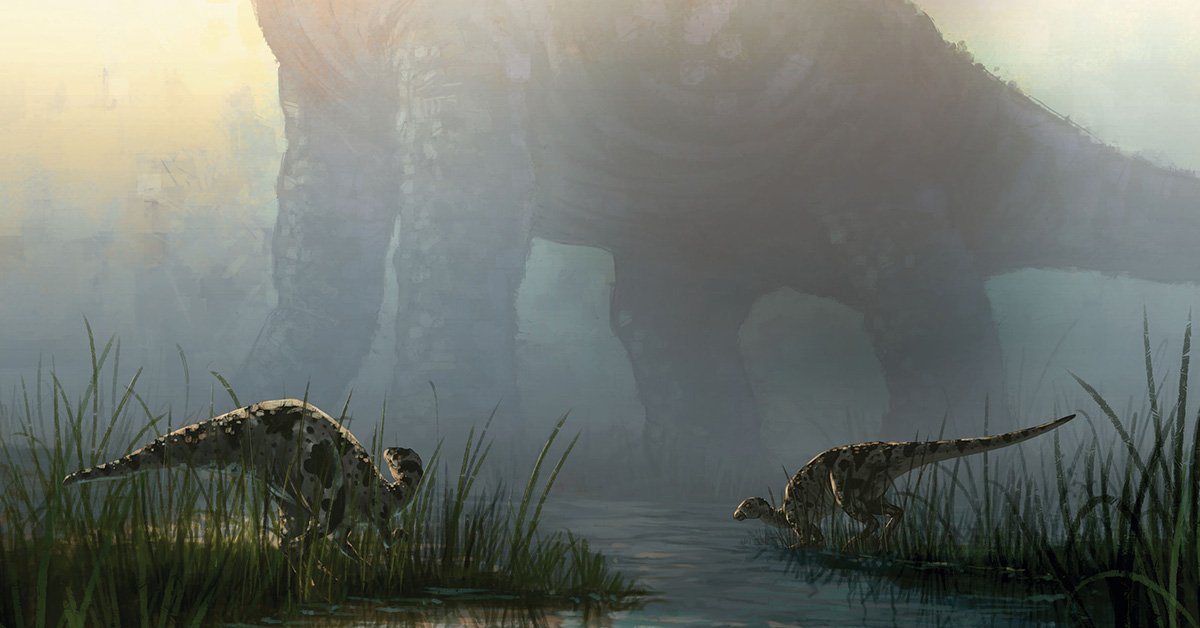 We need to closely examine James 3:7 and see what the passage actually claims.

For every kind of beast and bird, of reptile and creature of the sea, is tamed and has been tamed by mankind. (ESV)

For every nature, both of beasts and of fowls, both of creeping things and things of the sea, is subdued, and hath been subdued, by the human nature. (YLT)

The Greek verbs translated as “subdued” (YLT) or “tamed” (ESV, NKJV) are from the root damazō (δαμάζω), which means “to reduce from an uncontrolled to a controlled state, subdue, tame, control.”1 The subject can be “tamed” through force or domestication. If subdued includes the concept of killing (which it rarely, if ever, does), then the Romans likely had the means to do so to Leviathan (and Behemoth). They also had the means to restrain both creatures by trapping them in pens or artificial lakes, with a restricted inlet, but as we’ll see, James is not referring to anything like this.

When interpreting Scripture, we need to try to discern what the original writer meant to convey rather than trying to impose our modern ideas into the text.

When we look at the context of James 3:7, we can see that δαμάζω almost certainly carries the meaning of “taming” or “restraining.” Verses 5–6 speaks of the danger and wildness of the tongue, comparing it to a small spark that sets a forest on fire. Like that spark, the tongue can say things that set a person’s life on fire. Building on that imagery, James mentions four categories of creatures that correspond to the four categories seen in Genesis 1 (beast, bird, reptile, and sea creature). Man has been able to tame these types of animals, but no man can tame the tongue. The comparison here to something wild being tamed or controlled shows us how James intended to use damazō. So, if James meant to imply that every single kind of creature has been tamed or controlled by man, then we only need to provide plausible methods that man has done or could do this to defeat the claim that a contradiction exists.

It seems highly unlikely that James intended his words to be taken in a hyper-literal sense to mean that every single type of living creature has been tamed.

But is this passage even stating that every single kind of animal has been tamed? Does “every kind” of animal, or “every nature” of animal, mean that every post-flood species has been tamed? Not at all! The term translated as “kind” is physis (φύσις), and it is not equivalent to the Hebrew word min, which is often translated as “kind” in the Old Testament. This verse uses the term twice (every kind of beast” and “mankind”), and these are the only times it is translated as “kind” in the New Testament. It is usually translated as “nature” as it is in Romans 2:14, 11:21; Galatians 4:8; 2 Peter 1:4; and elsewhere. The term refers to the natural condition or character of a human, animal, or plant. As such, James may simply be saying that humans have tamed creatures with all sorts of natures or dispositions—those that roam the fields, crawl on their bellies, fly through the air, and swim in the sea. It seems highly unlikely that James intended his words to be taken in a hyper-literal sense to mean that every single type of living creature has been tamed. There are many deep sea creatures that were not even known to exist in his day—and we’re still finding some. Plus, he surely wouldn’t have had extinct animals in mind since he likely would have had no way to know about them. Leviathan and Behemoth may have been extinct hundreds of years before the first century AD. When interpreting Scripture, we need to try to discern what the original writer meant to convey rather than trying to impose our modern ideas into the text.

Job 40 and 41 discuss two powerful creatures that God had made, Behemoth and Leviathan, respectively. Behemoth is described as “chief” or “first” in the ways (or works) of God (Job 40:19). Leviathan is described as powerful and unique, like nothing else on earth (Job 41:33)

Even though a careful reading of James 3 does not demand that every single kind of animal has been tamed by man, let’s speculate about some ways that humans might have been able to subdue/tame these mighty beasts described in Job.

Behold now, Behemoth, which I made as well as you; He eats grass like an ox. Behold now, his strength in his loins, And his power in the muscles of his belly. He bends his tail like a cedar; The sinews of his thighs are knit together. His bones are tubes of bronze; His limbs are like bars of iron. He is the first of the ways of God; Let his maker bring near his sword. (Job 40:15-19 NASB)

Can anyone capture him when he is on watch, With barbs can anyone pierce his nose? (Job 40:24 NASB)

From these passages we can learn that Behemoth (perhaps a sauropod dinosaur) was made by God, and was not some kind of “supernatural” mythical creature, as many scholars assert.

The passage does not state that Behemoth could not be killed.

It was mortal, and one could postulate (from verse 19) that although it could not be harmed by close-quarter weapons, the passage does not state that it could not be killed. Though not directly mentioned, it seems that it could be susceptible to injury, especially by long-distance weapons (arrows, spears, javelins, etc.), since these are not mentioned in the text.

It is also possible that an orphaned juvenile could have been hand-raised by humans and semi-domesticated, or at least made less fearful of and to humankind. Babies and juveniles could very well have been “tamed” and “domesticated” for use as draft animals. Humans have done this with a variety of large creatures (for example, elephants). While a full-grown sauropod is much larger than an elephant, in principle the same concept applies. Of course, mammals and birds are much easier to train than reptiles, so domestication might be too strong of a word, perhaps utilized would be a better choice. Eventually though, as the sauropod grew larger, he would have to be released into the wild. So, does the description of Behemoth contradict the statement in James 3:7? No, it does not!

Leviathan appears to be an even more daunting creature. Let’s look at the verses in Job 41 (ESV) which highlight his impervious nature.

Can you draw out Leviathan with a fishhook or press down his tongue with a cord? Can you put a rope in his nose or pierce his jaw with a hook? (Job 41:1–2)

Can you fill his skin with harpoons or his head with fishing spears? Lay your hands on him; remember the battle—you will not do it again! (Job 41:7–8)

Who can strip off his outer garment? Who would come near him with a bridle? (Job 41:13)

Though the sword reaches him, it does not avail, nor the spear, the dart, or the javelin. He counts iron as straw, and bronze as rotten wood. The arrow cannot make him flee; for him sling stones are turned to stubble. Clubs are counted as stubble; he laughs at the rattle of javelins. (Job 41:26–29)

Job 41 paints a picture of an extremely strong and resistant aquatic or semi-aquatic predator. Job 41:25 and 30 seem to indicate that Leviathan could come onto land on occasion. Weapons of that time period seemed to be ineffective at seriously harming the creature. But does this description invalidate James 3:7? No, for a number of reasons: the passages do not contradict each other.

It is obvious that there would have been a great increase in weapon technology from the time of Job to the time when James was written.

First of all, it is obvious that there would have been a great increase in weapon technology from the time of Job (who may have lived as early as 2000 BC, though this is debated) to the time when James was written (c. 44–48 AD). James’ statement about the “taming” of animals referred to domestication not only in the distant past but also up until his writing (“can be tamed and has been tamed by mankind”). The Greeks and Romans utilized weaponry that was much stronger and used much more force than a human-thrown javelin or spear. In particular, siege weapons like ballistae, onagers, and scorpions were devices that could hurl rocks, spears, or large crossbow bolts with deadly force.2

Secondly, the Romans were known to have invented fish “holding pens” alongside the Mediterranean Sea, where they would trap fish to be taken to market.3 It is conceivable that they could have caught juvenile Leviathans, and using more powerful weaponry, restrained and even killed them in the pens. If Leviathan could come up onto land, then it likely was not too agile, so perhaps restraining and capturing one would not be quite as difficult as it sounds.

The Romans had also improved fishing techniques and had large-scale fishing operations. Their seine nets were heavy duty, held up by cork floats and weighted with lead. In some instances, they had teams of up to seventy people in five boats (twelve-oared vessels) manning these large nets. Often these large nets were anchored onshore by strong ropes.4 These large-scale commercial operations specifically targeted large fish, such as schools of tuna, which were trapped and dragged to shore. The Atlantic bluefin tuna, which is native to the Mediterranean Sea, weigh up to 225–250 kg (496–551 lbs.) as adults, so the nets had to be extremely strong.5 It is not inconceivable to hypothesize that juvenile Leviathans could have been caught and captured this way.

Job 40–41 discusses some of the supreme creatures which God created and which were resistant or impervious to man-made weaponry of the time. The point of those chapters is to showcase God’s glory and might in creating these large and fierce creatures and his power over them. But even here, we have to remember that God had instilled the fear of man in every creature, including sea creatures (Genesis 9:2). And if they killed a human, God commanded they be killed (Genesis 9:5–6), which means that if Leviathan ever killed a person, even it could be killed. As mankind’s weapon technology grew more advanced, his ability to kill, trap, or restrain such creatures would have grown and eventually outpaced the natural defense mechanisms of even such fierce creatures. Furthermore, James’ statement likely didn’t have these specific creatures in view as they likely were either extinct or very rare by the first century AD. And James was not referring to every species of creature, but rather the different natures (flying, swimming, creeping, walking types) of creatures. As such, there is no contradiction between Job 40–41 and James 3:7.

The author wishes to thank Tim Chaffey for his many invaluable contributions to this article.